Being Vegan in Costa Rica

Devin took a trip recently and documented how it was being vegan in Costa Rica.

Recently, Devin took a family vacation to Costa Rica – more specifically Tamarindo, Costa Rica. Before she dives into what it was like finding vegan options there, we think it’s important to put a little disclaimer out. This was not a food focused trip. That is to say, she didn’t go with the intention of trying all the vegan restaurants she could find or gathering a haul of vegan finds. It was simply a vacation to experience the country. We think of this post more as an insight into travelling to a new country without your eating choices dictating the itinerary. Everyone she was on the trip with were omnivores, so she was the only person in search of plant-based alternatives. Okay, let’s pass this off to Devin to talk about Tamarindo!

No matter what city or country I visit, exploring the grocery stores is almost always embarrassingly exciting. The nice thing about Tamarindo is that it’s fairly touristy, which meant that things like the language barrier and the shopping wasn’t as much of a challenge. Auto Mercado, the large grocery store in town, was my main source for stocking up the fridge. I had neglected to do much research, but had heard that Auto Mercado would have vegan options. 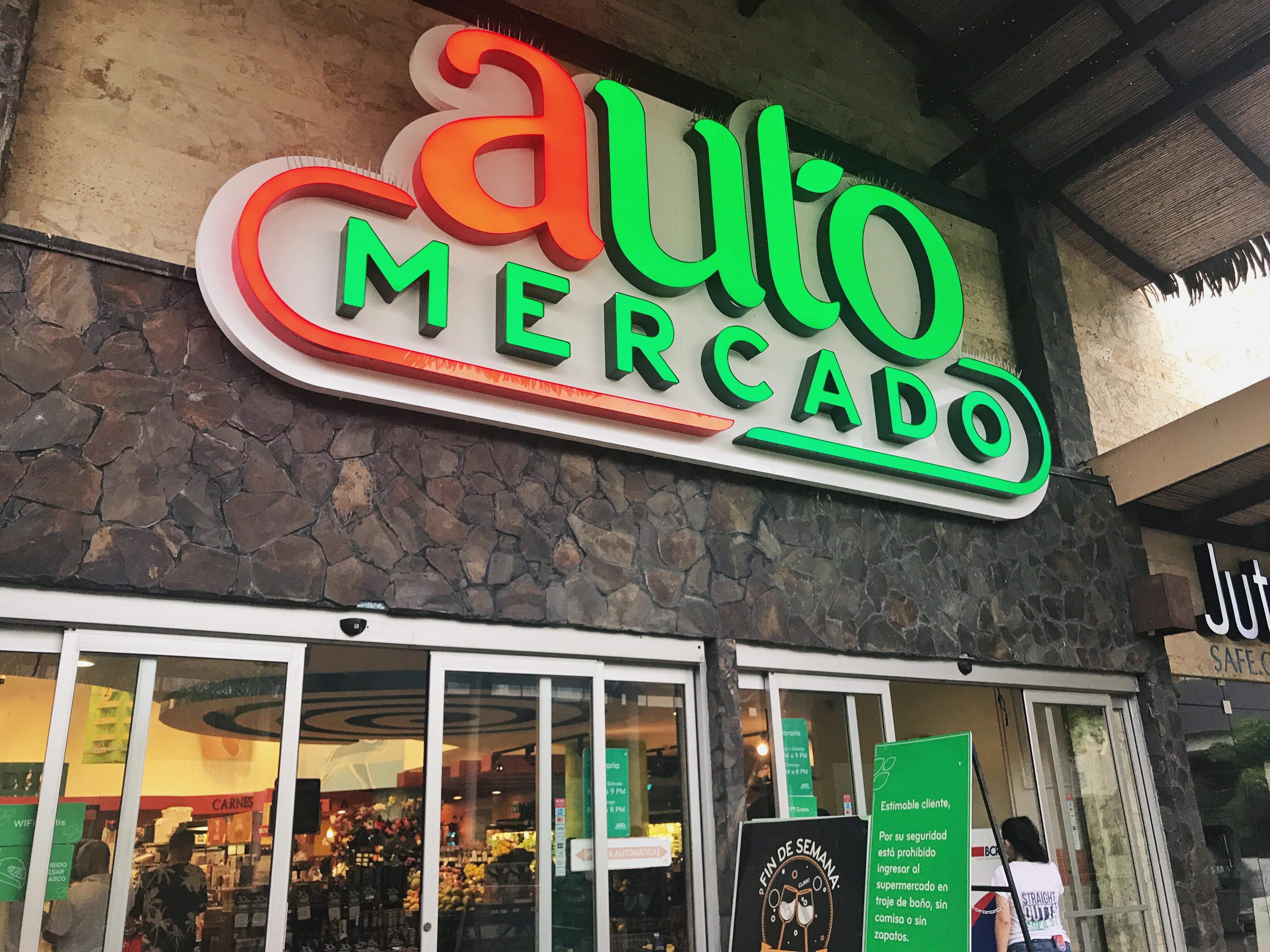 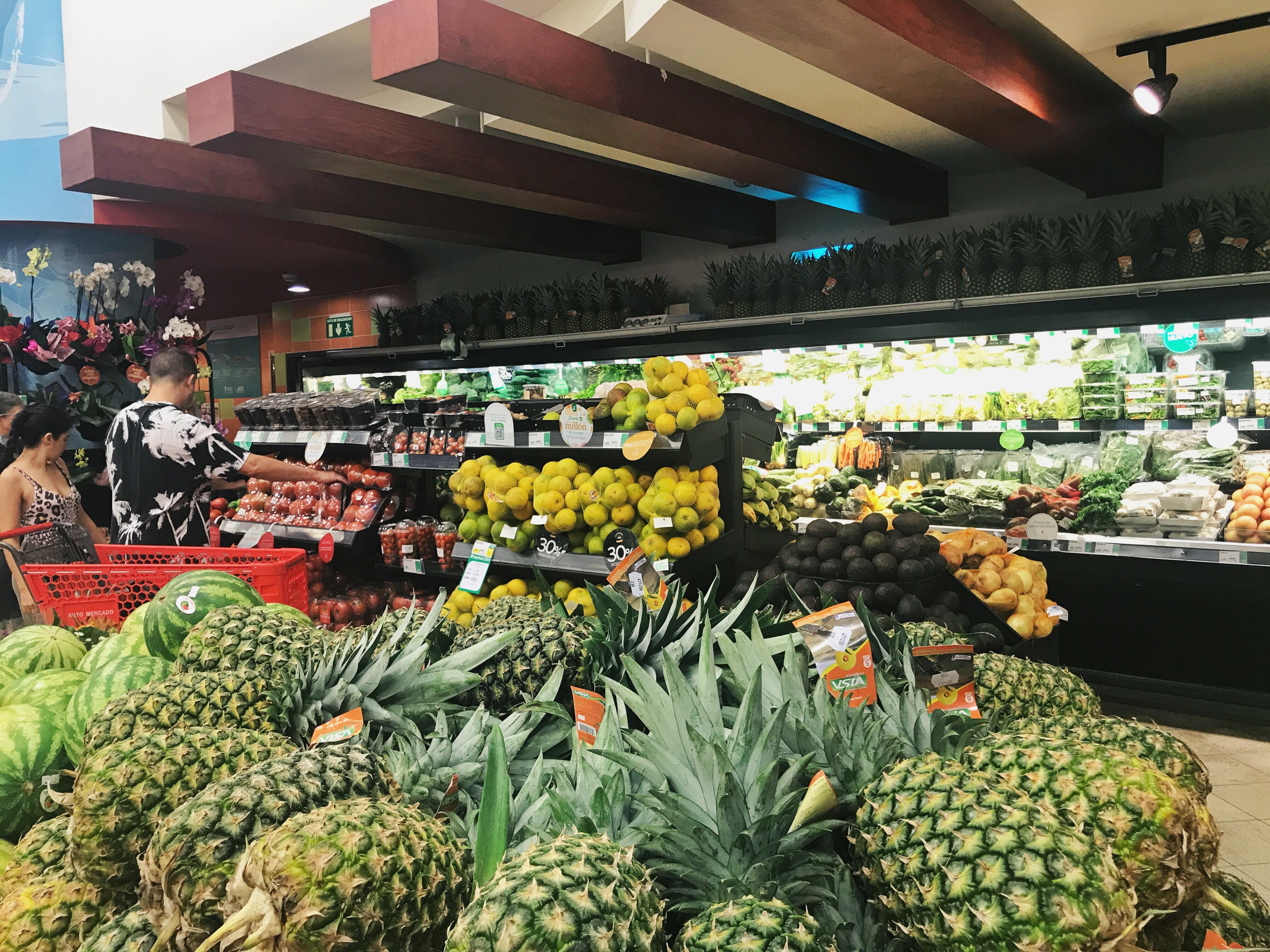 Going in blind meant that I, thankfully, was pleasantly surprised by the selection! All the familiar brands and products were in stock. Think Daiya, Gardein, Beyond Meat and Ben & Jerry’s. The freezer section was full of typical meat substitutes, many varieties of plant-based milks lined the shelves, and the dairy substitutes were plentiful! We’re talking cheeses, cream cheese, mayo, yogurt, and even something I’d never seen before – a vegan bocconcini cheese! 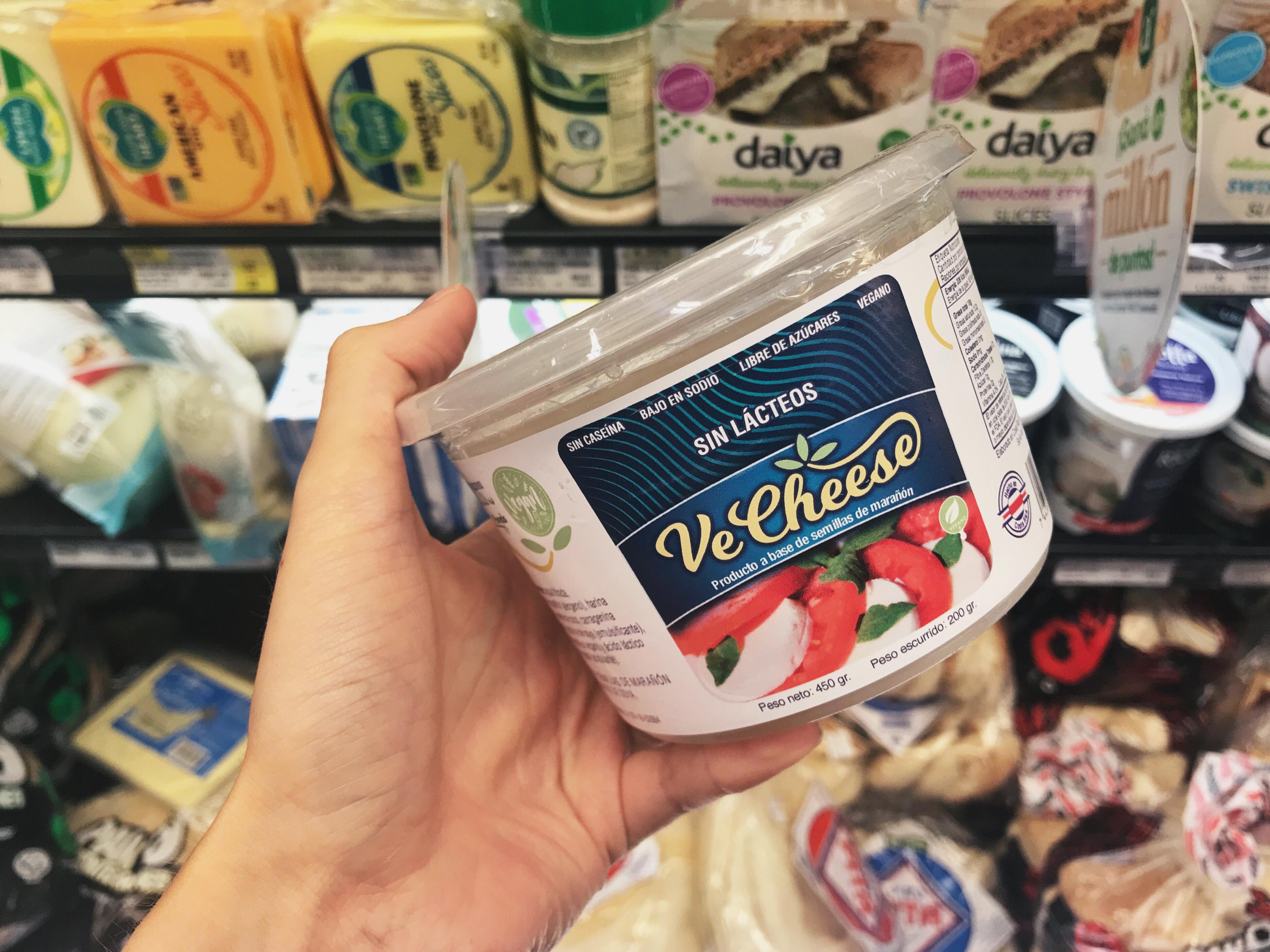 Honestly, I couldn’t really remember what the dairy version tastes like, but the vegan version was pretty good! Everyone in my family ate it up! The omnis felt the texture was a little bit off and as far as flavour goes it just wasn’t quite as salty as you might expect it to be. Unfortunately, I didn’t get to test how it melts so I’ll just have to go back and conduct that research. Stay tuned.

The Restaurants in Cost Rica

Another advantage of being in a tourist destination – solid variety of restaurants to choose from! Apart from the several Italian places, most restaurants offered at least one vegano option. We only went out for dinner one night and after a little searching, found a sushi place that had a tofu poke bowl for me and good options for everyone else. Unfortunately, yet again I must return and conduct more research. There was a pizza place that actually had a vegano option on their menu! My biggest regret though is not checking out the all vegan restaurant Pura Vegan. This is what happens when you don’t plan and get completely infatuated with the beach for the entire trip. 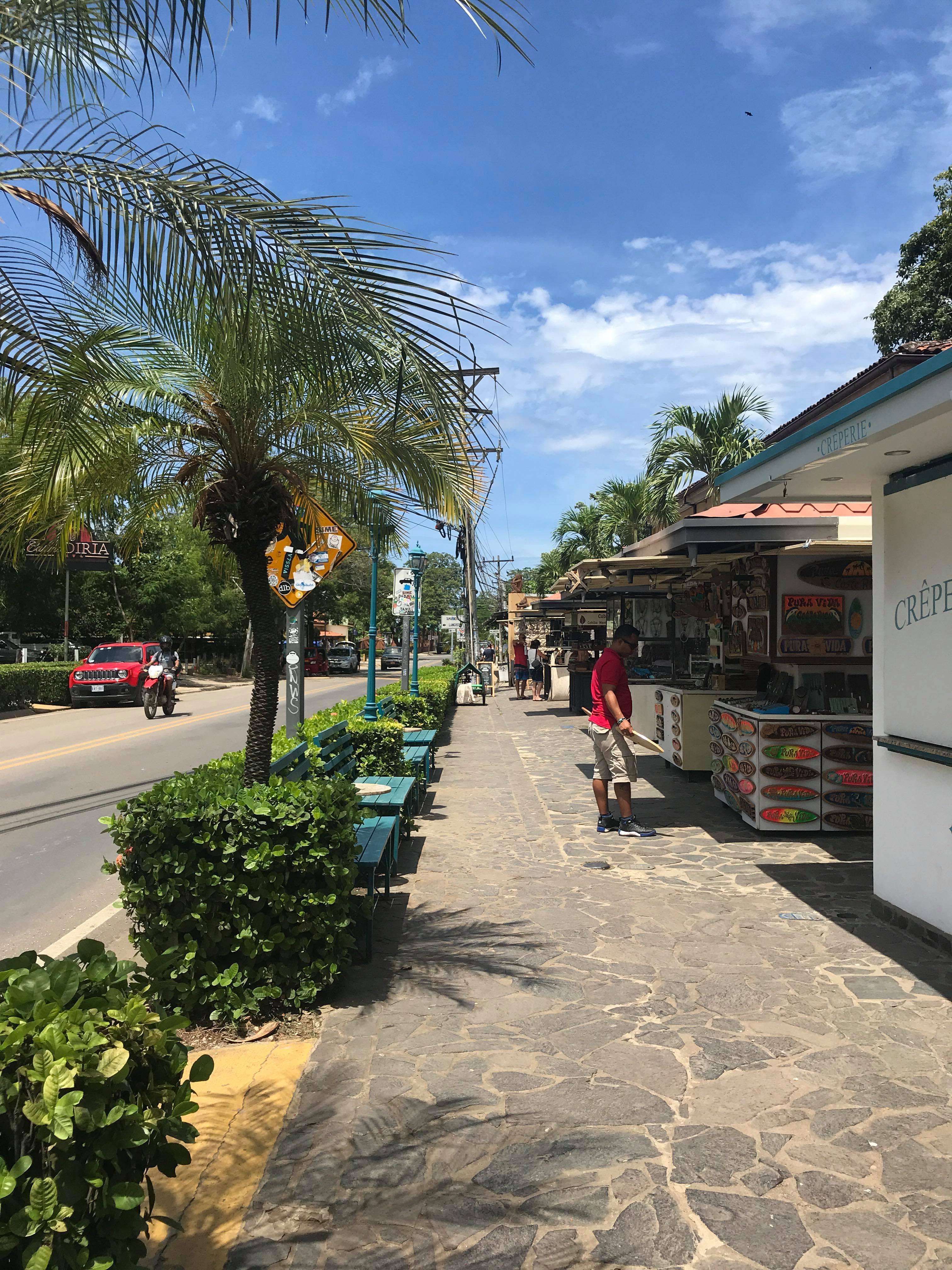 The easy thing about being vegan in Costa Rica is that the staple dish there is rice and beans. It’s served as part of almost every meal and easy to find. Whether it was the post-zip lining buffet or ready-made meals at the grocery store – rice and beans were always an option. While it may not necessarily be the most exciting option, it’s nice being able to rely on its common availability. In Toronto, there’s nothing sadder than when the only vegan option is a salad. At least with the rice and beans there was usually seasonings and fresh herbs added and I knew I was getting protein. 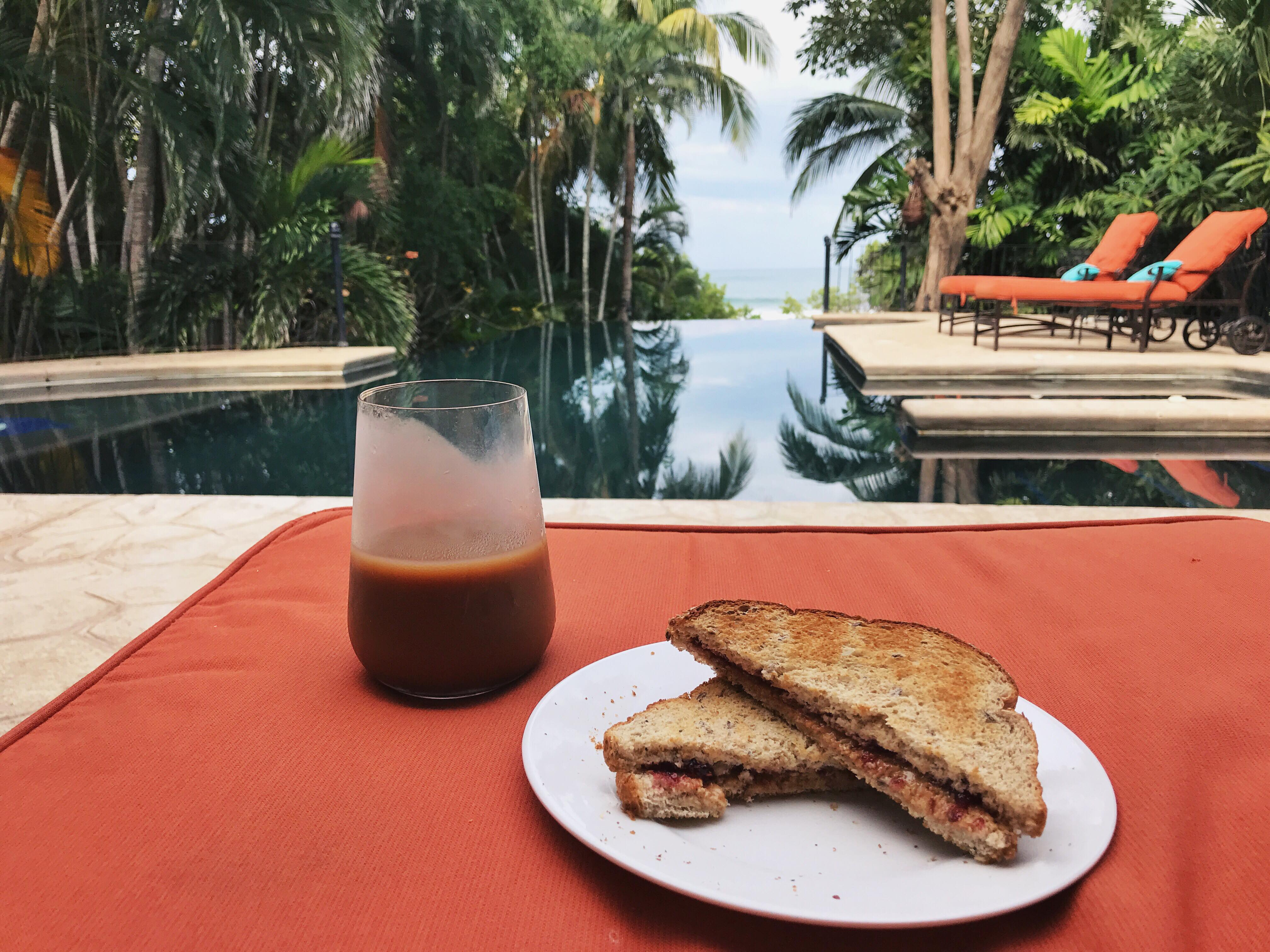 My breakfasts were simple; peanut butter and jam sandwiches ftw. I also really enjoyed the fresh fruit selection. Eating lychee while sitting by the pool is definitely something I could get used to. Finally, and I can’t emphasize this enough, don’t visit this country without trying some locally made guacamole and mango salsa. I straight up fell in love and still dream about it. Best mango salsa I’ve ever had. I’m going to start drooling if I don’t stop thinking about it soon…anyways.

For a food blog, you might be thinking this far from the traditional travel review. I’m sure there are other blog posts about where to find the best vegan food in Costa Rica. I’d love to go back and try more. But sometimes it’s nice to know that you can travel to a foreign country and fairly seamlessly go about whatever activities you’ve got planned without having to jump through hoops just to find vegan food. The fact that I was able to travel somewhere new, not have to take any drastic measures, and still easily eat a plant-based diet is a huge win in my eyes. 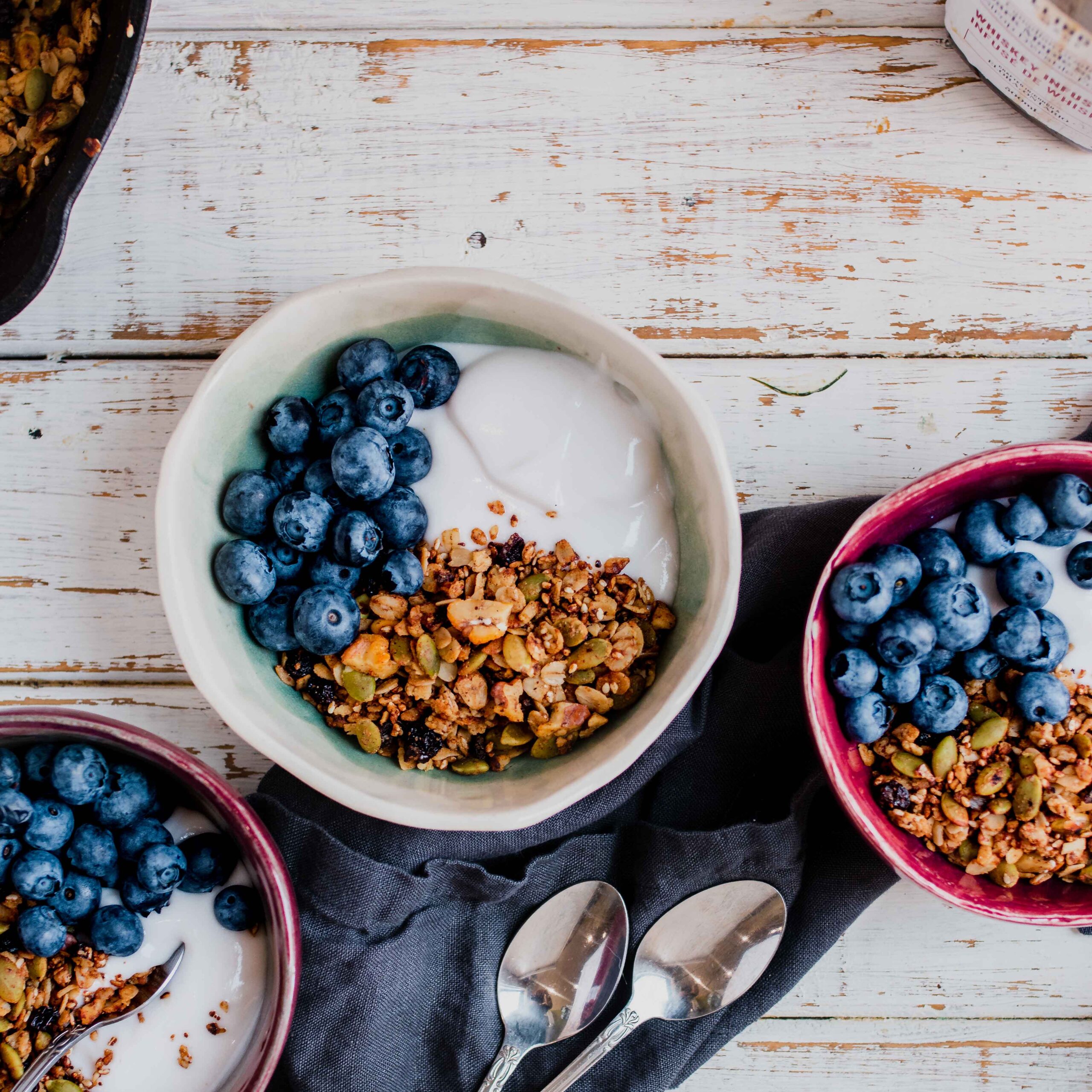 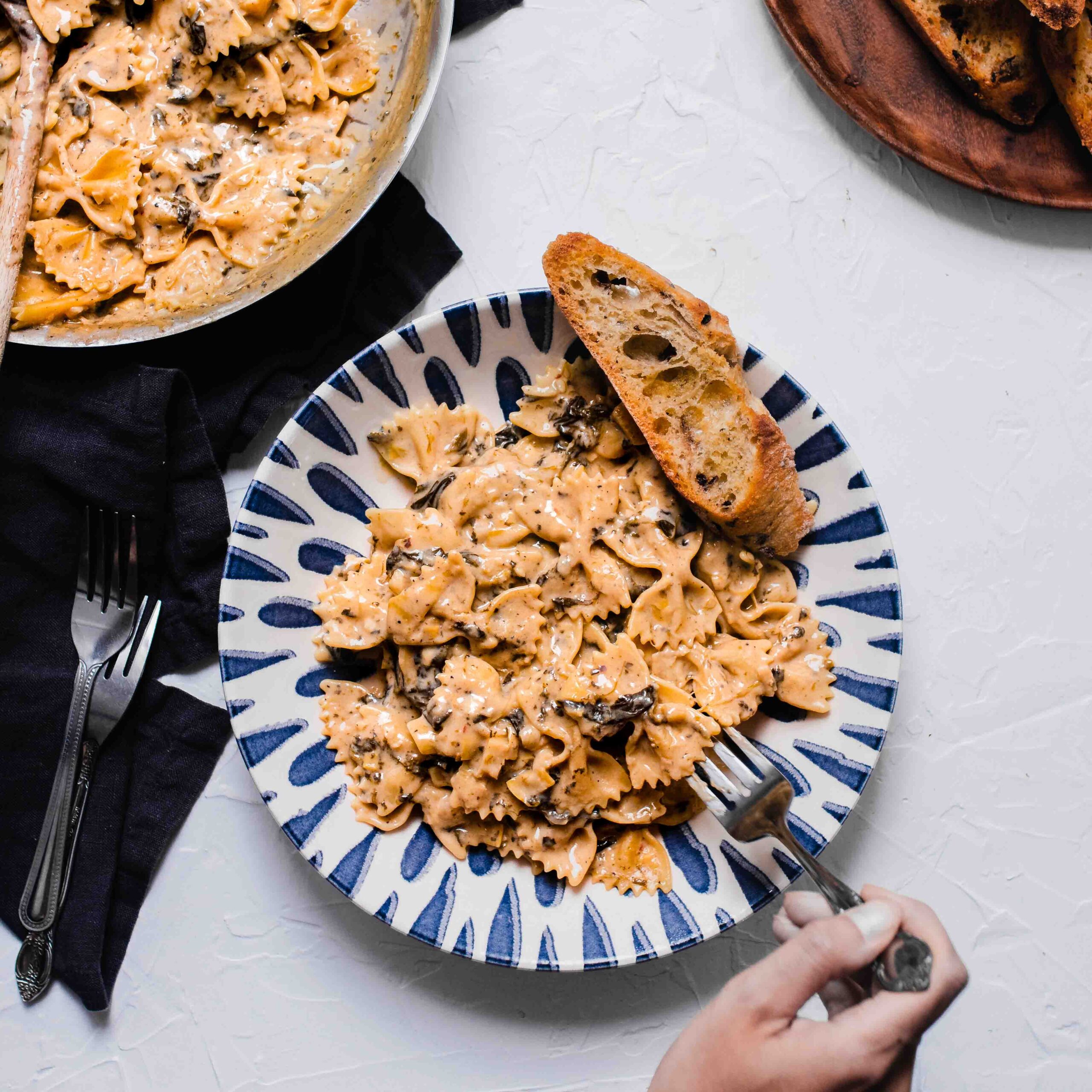