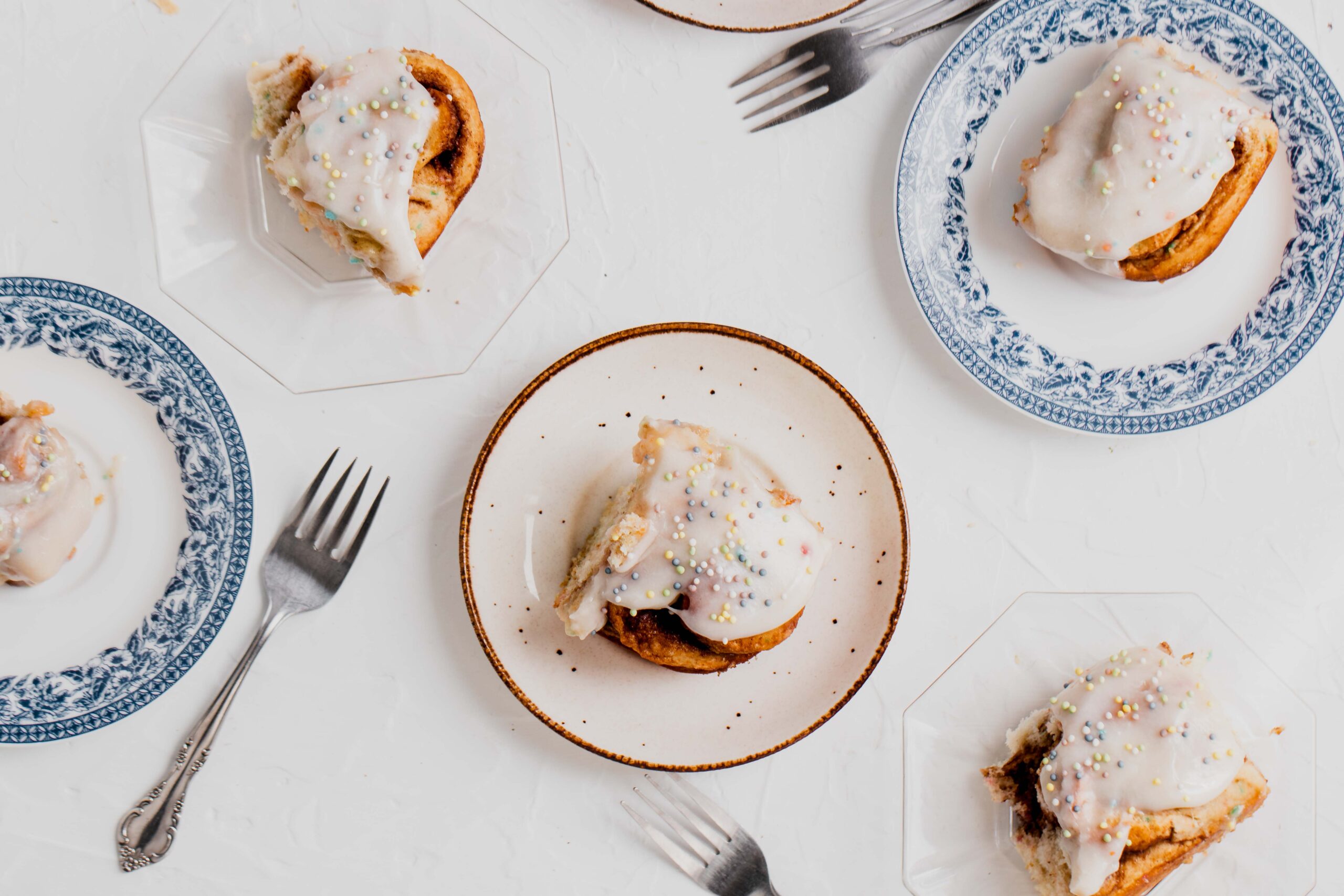 Soft, pillow-y, sweet and super decadent. These Funfetti Cinnamon Rolls are made for a celebration.

It’s no secret around here, we LOVE cinnamon rolls. To date this marks our third cinnamon roll recipe in under 3 years of TMG. From the classic rolls to pumpkin spice cinnamon rolls and today, Funfetti Cinnamon Rolls. Cinnamon rolls are designed to be something for a celebration. Yes, there is a lot of work that goes into them but when it’s for something special it is so worth it. 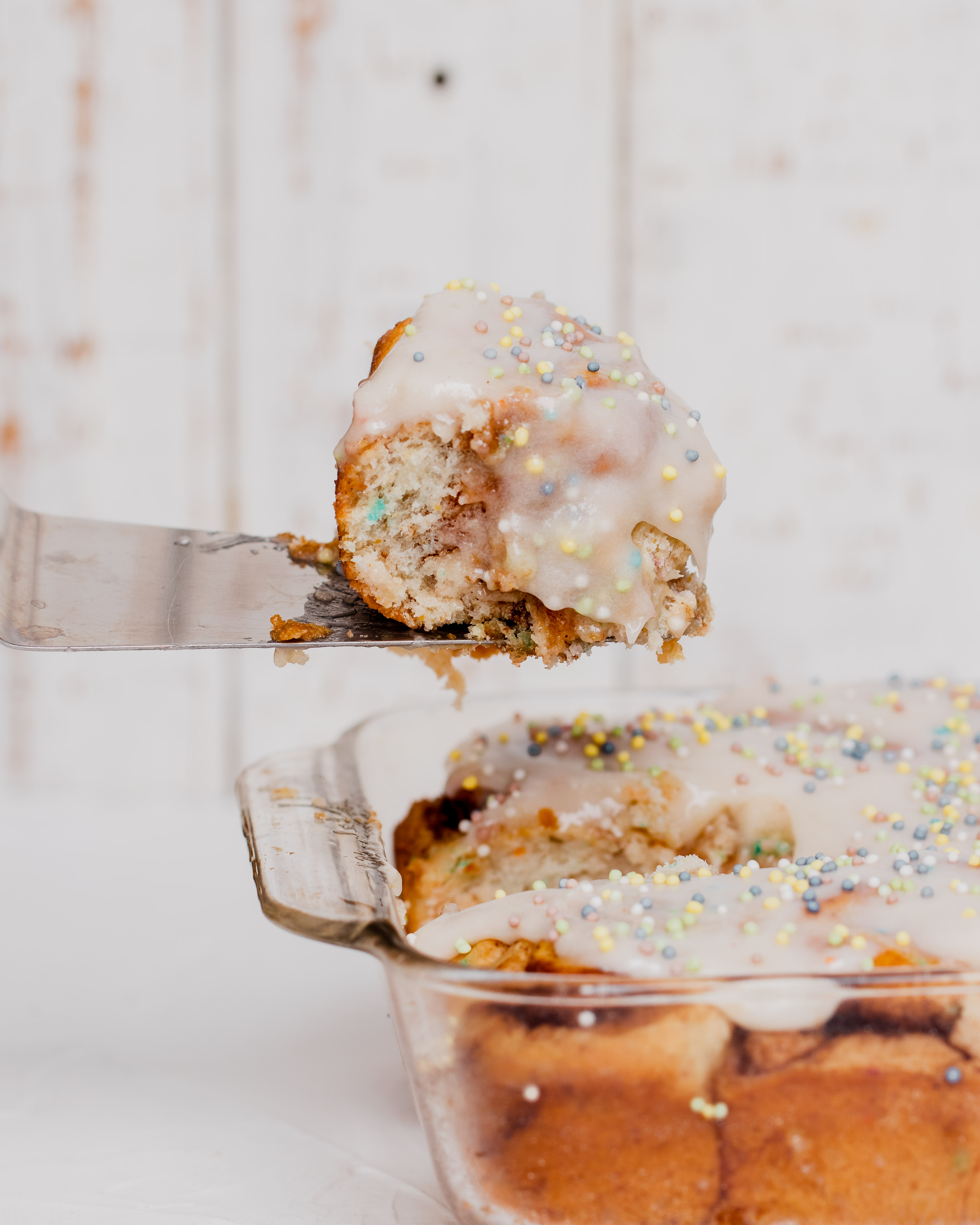 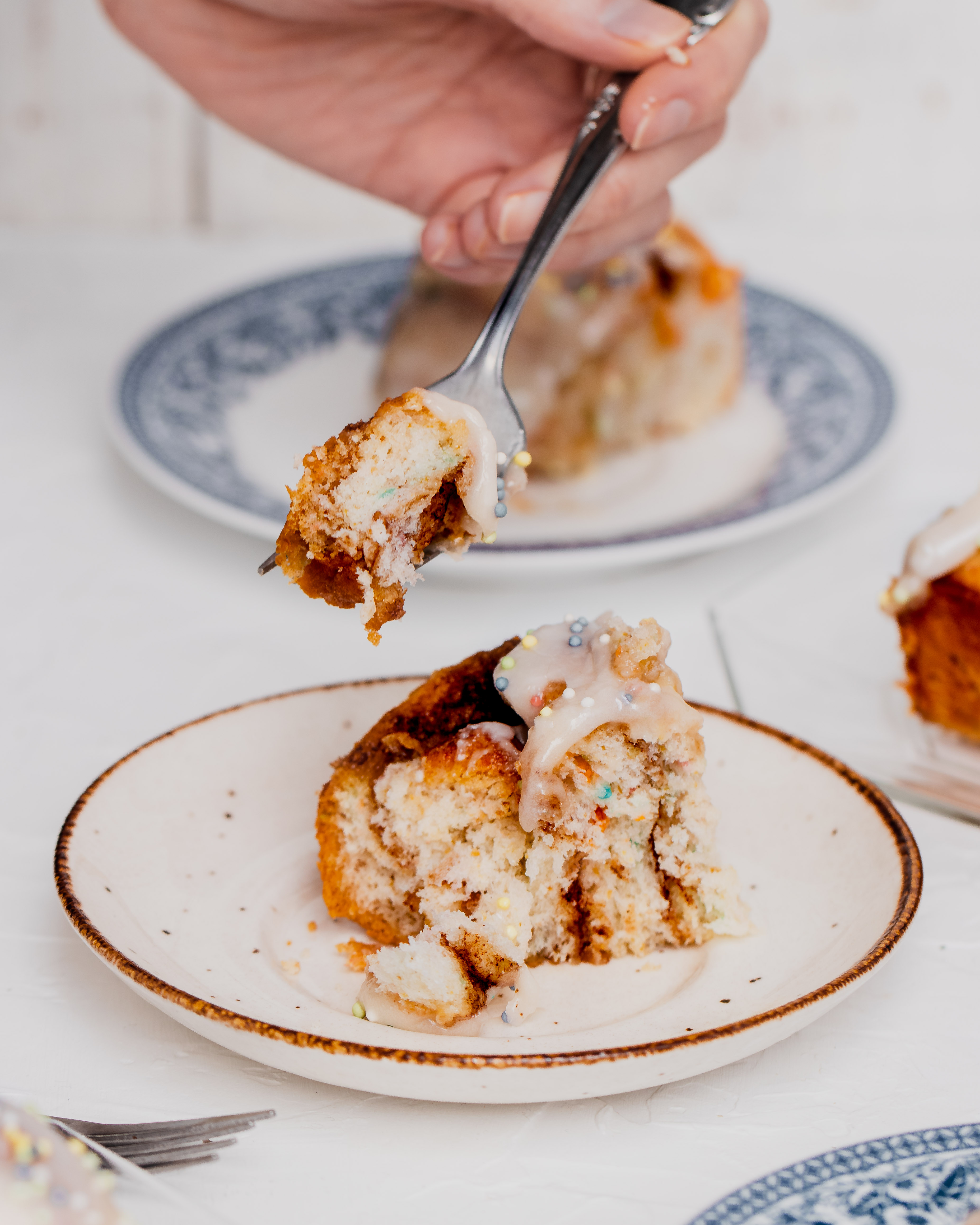 Just in time for Mother’s Day we thought we’d do something extra special for our moms; Funfetti Cinnamon Buns. Just like the classics, everyone will be impressed – but this time you’ll also get the familiar celebratory flavour of birthday cake.

It’s recommended making this recipe fresh the day of, whether you wake up early or make them for dessert it’s well worth the time. It’s not recommend to make the dough the night before and rise in the fridge. Yes you can do this, but you will get a different taste and texture; from our experience it’s not our favourite. Once baked and fluffy don’t forget to top with sprinkles. 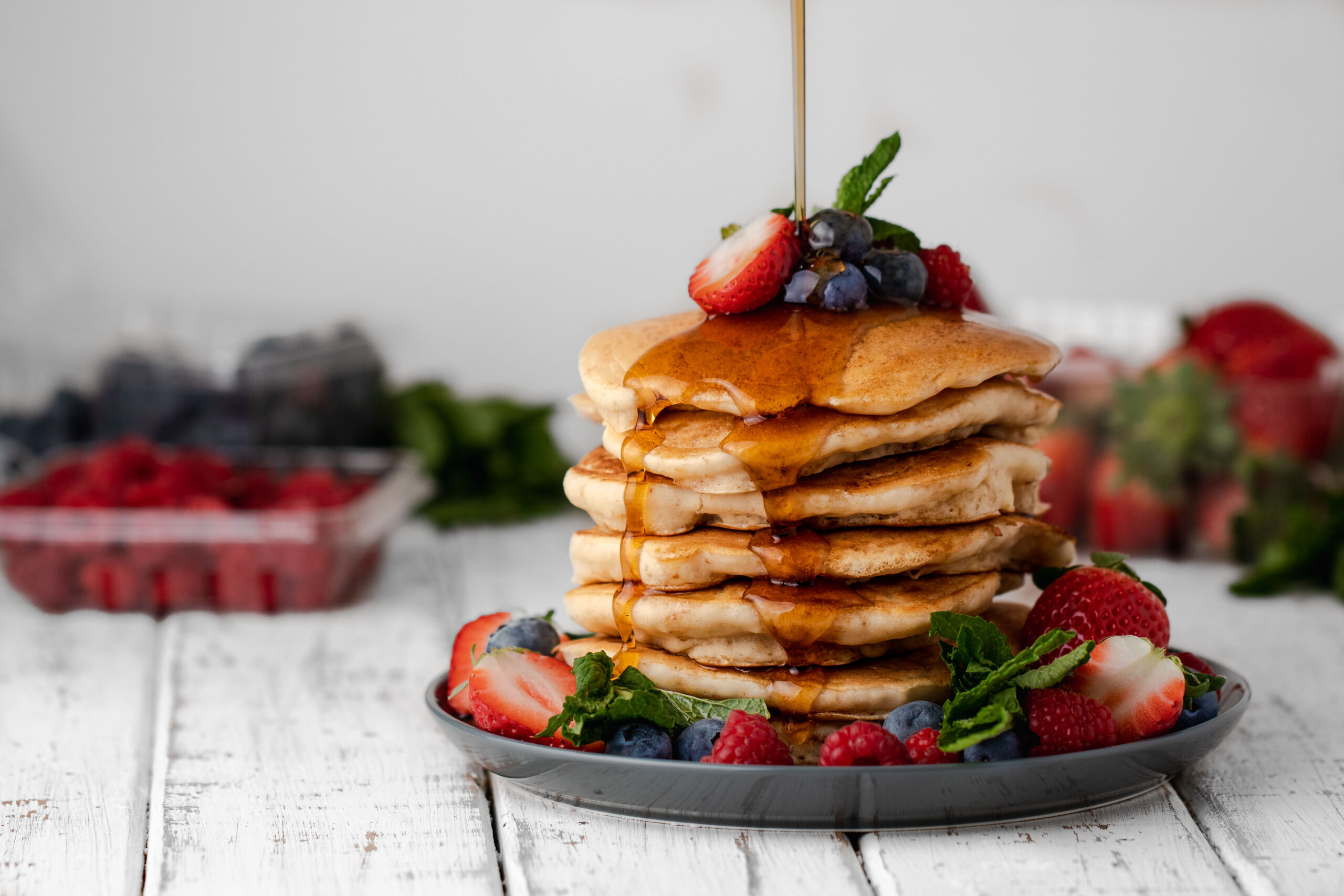