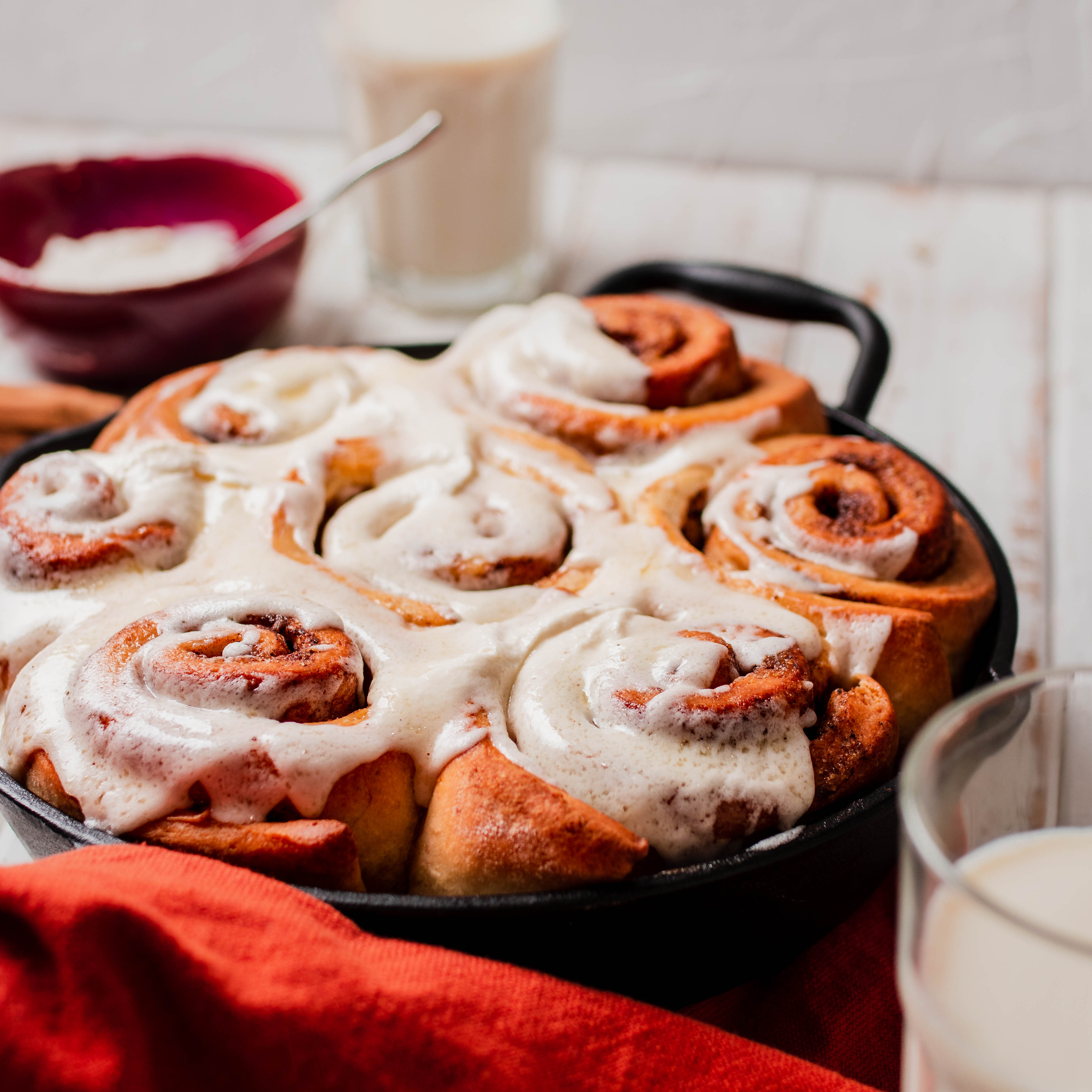 Fluffy cinnamon buns topped with a delicious vegan cream cheese frosting. Perfect to celebrate the one you love.

Mothers; how do you even begin to write about them? They’re literally the reason you are here right now; they make the world go round. They birthed us, raised us, taught us, and are our biggest supporters and cheerleaders. They’re our best friends, our teachers and our therapists. Being a mom is literally a full-time job, plus most of them have paying full-time jobs on top of that. Talk about A LOT of work. We think they deserve to be recognized for that. How do you thank someone who literally does it all? Cinnamon buns. 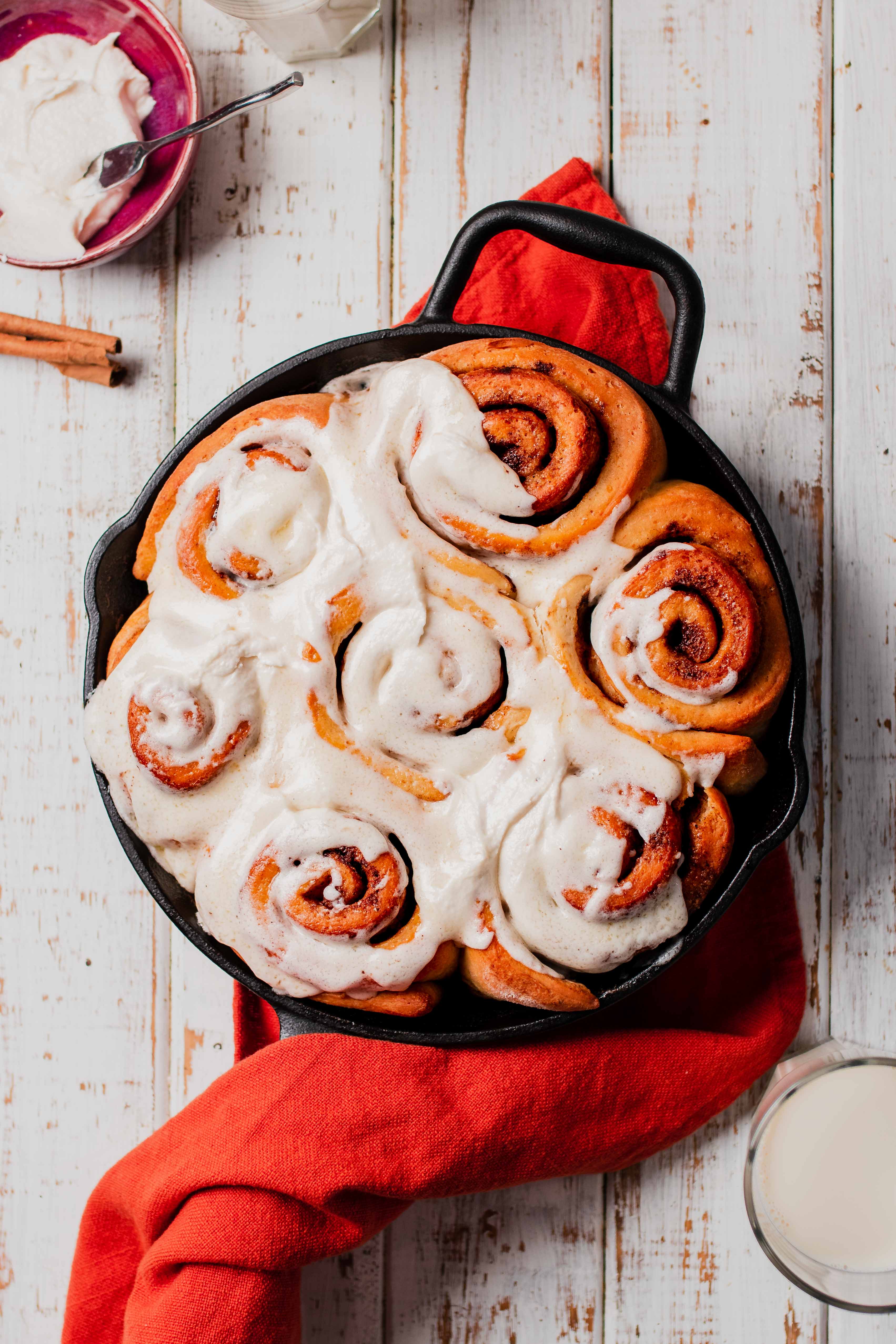 We don’t know how we ever thank them enough, but we do know where to start: FOOD! Everyone loves food and this Mother’s Day we want you to be able to spoiler your mom with delicious food. Starting with dessert of course! Nothing says I love you more than cinnamon buns. That’s right kids, you are going to have to wake up early this Mother’s Day, because your mom deserves freshly baked cinnamon rolls.

We have tested this recipe nearly ten times in order to get them perfect. It’s literally taken weeks to finally have a finished recipe. Not that we’re complaining, taste testing cinnamon buns isn’t the worst thing in the world. We really wanted to make sure that it was the perfect recipe for this Mother’s Day, and they do not disappoint. 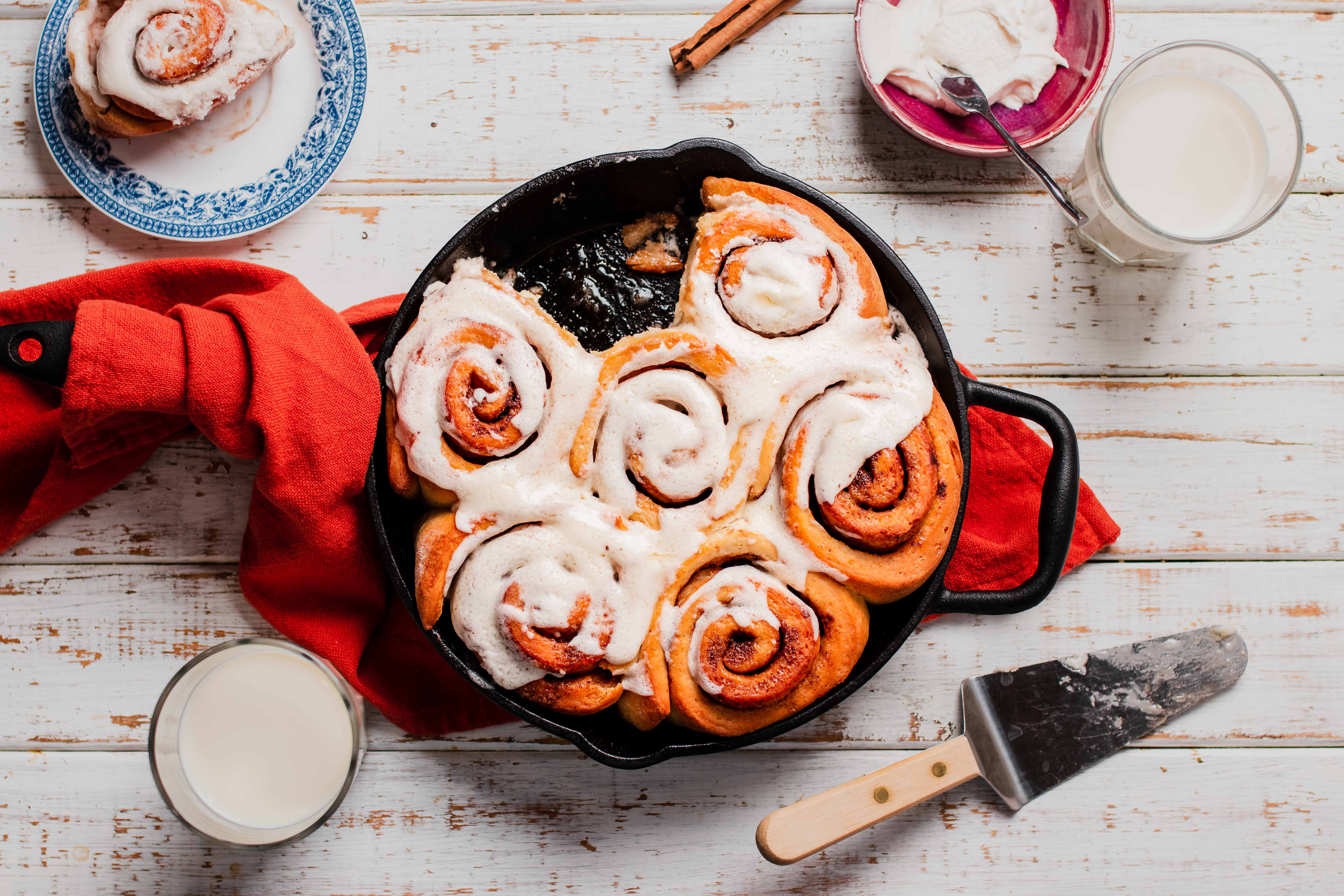 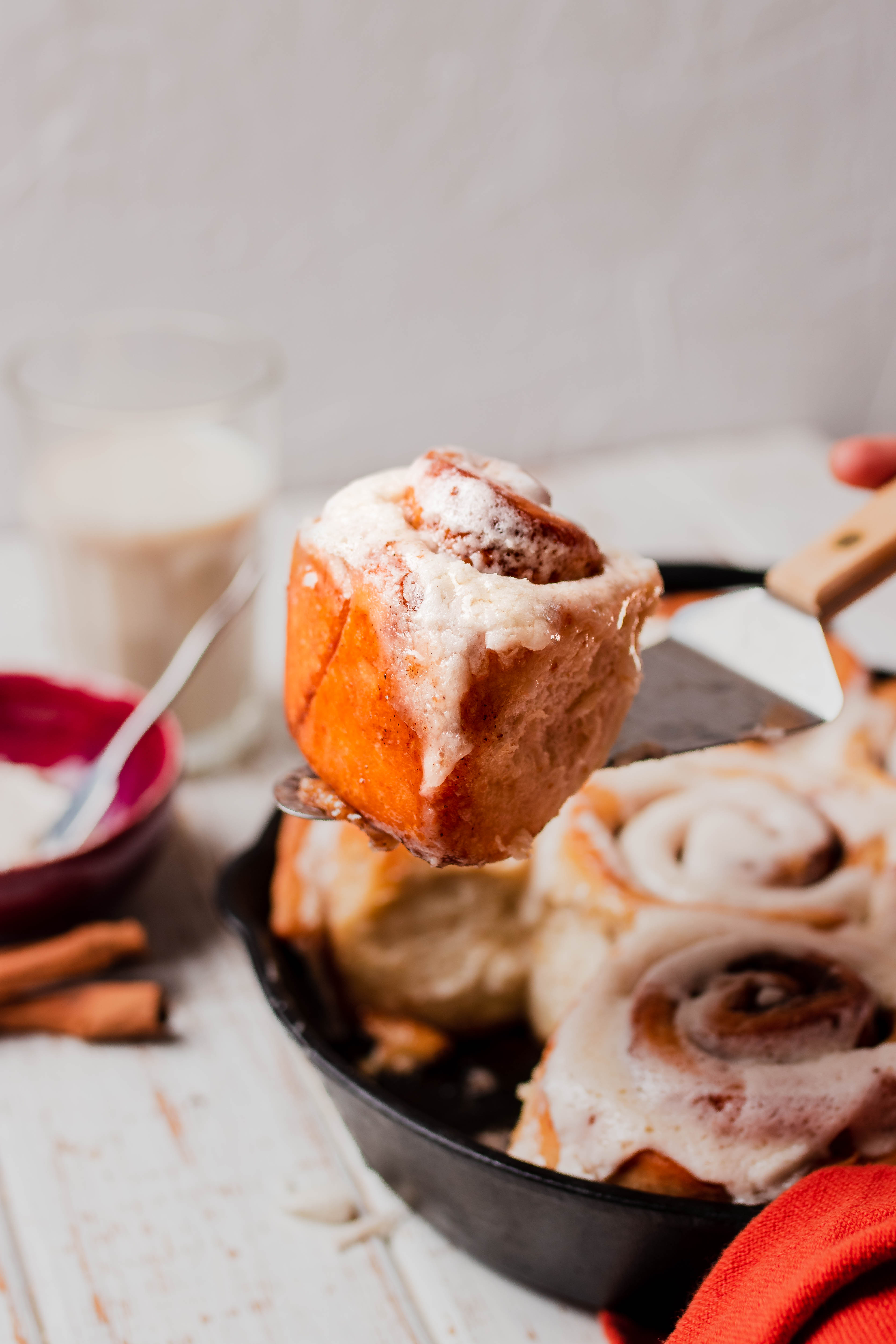 Why you should make Cinnamon Buns this Mother’s Day:

These cinnamon buns are amazingly buttery, sweet, sticky, and paired with the perfect dough. Making them the perfect Mother’s Day brunch. Warning, there is a fair bit of butter in this recipe, it is all there for a reason, and it is all delicious. Cinnamon Buns are not meant to be healthy, that’s why we didn’t even try. Also your mom deserves the real thing, not some gluten-free “healthy” version. Unless of course your mom is gluten-intolerant, then you should definitely make her a gluten-free version.

Mother's Day is around the corner and it is time to show your mom just how much she means to you. No better way to do that than with delicious vegan cinnamon buns for brunch.
Course Dessert
Prep Time 20 minutes
Cook Time 30 minutes
Rise Time 1 hour 30 minutes
Total Time 2 hours 20 minutes
Servings 12 rolls

How to make them: 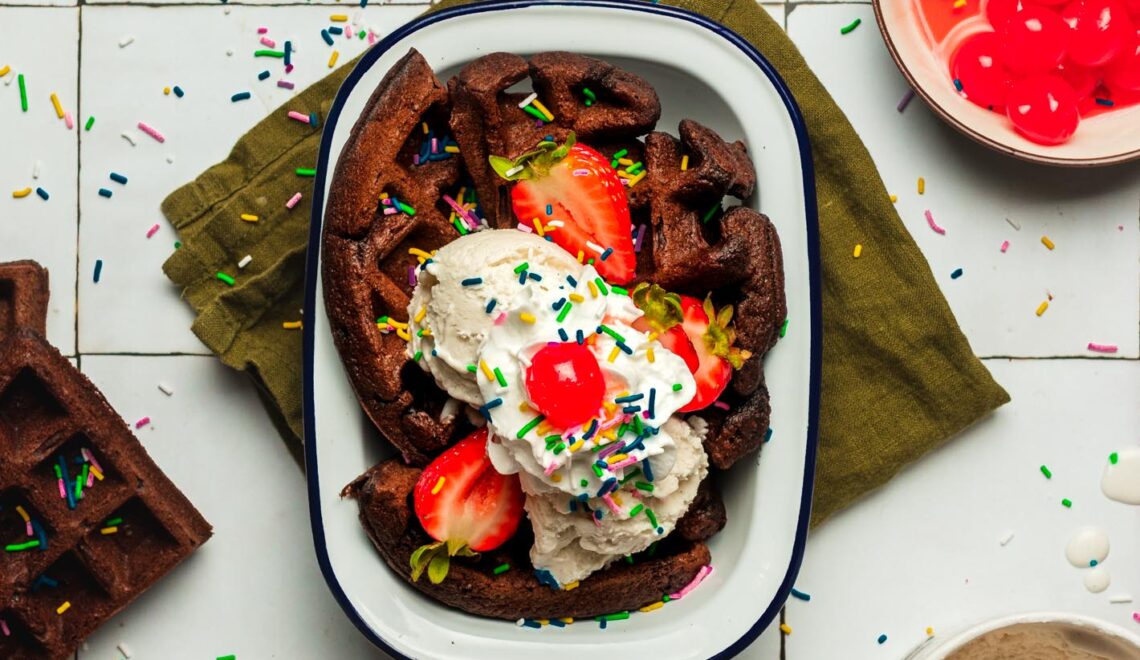 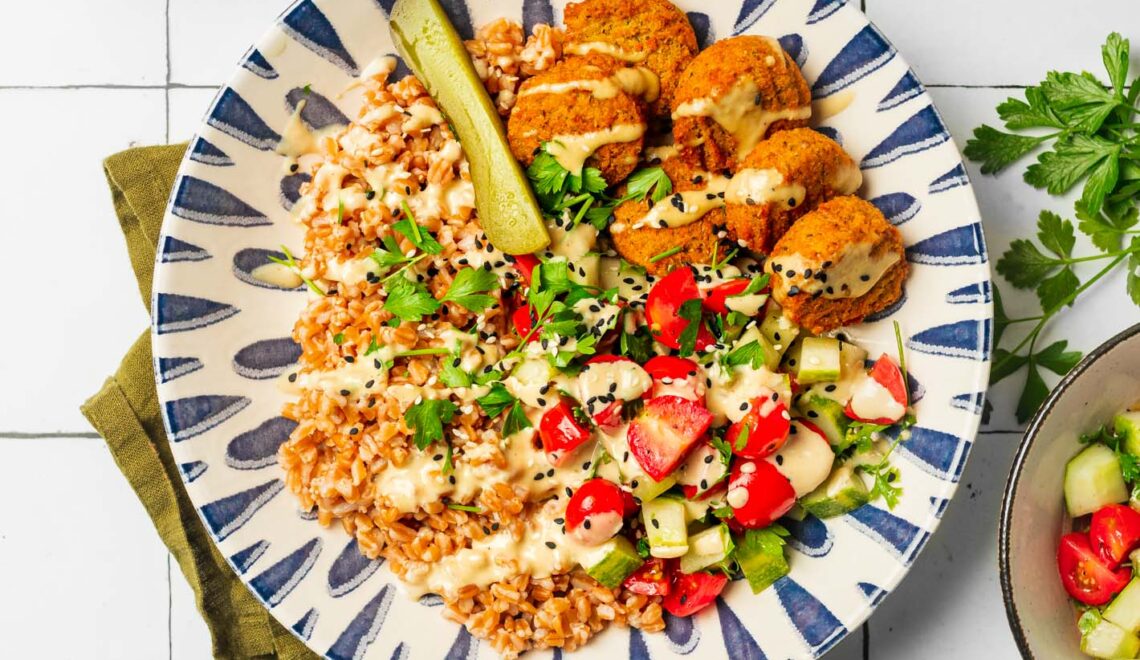 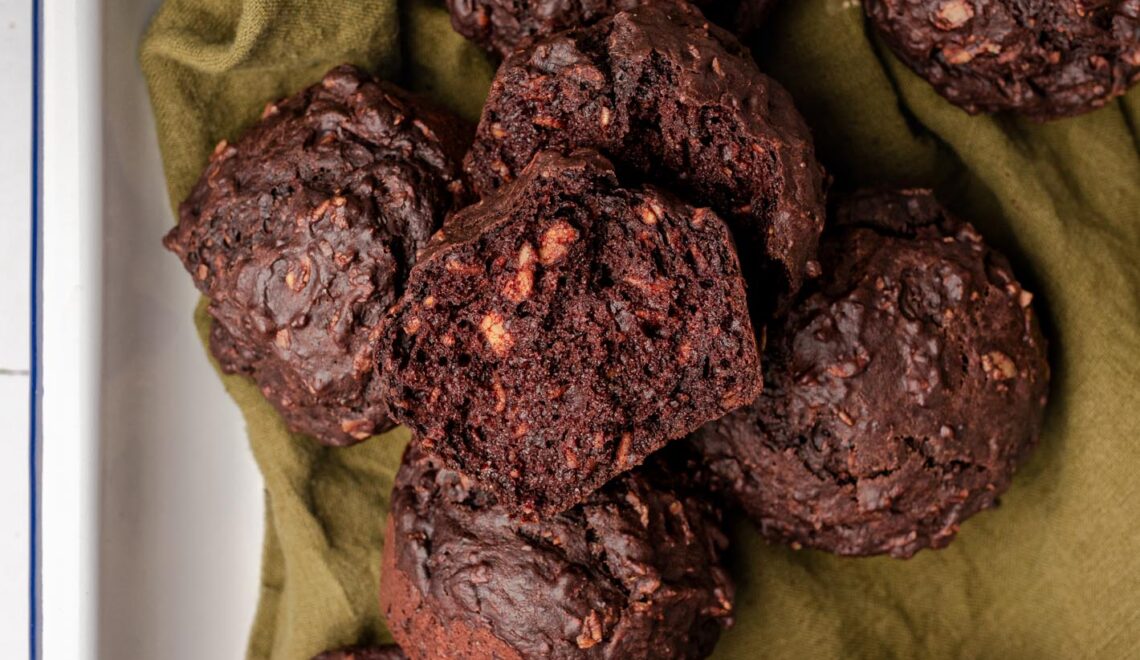