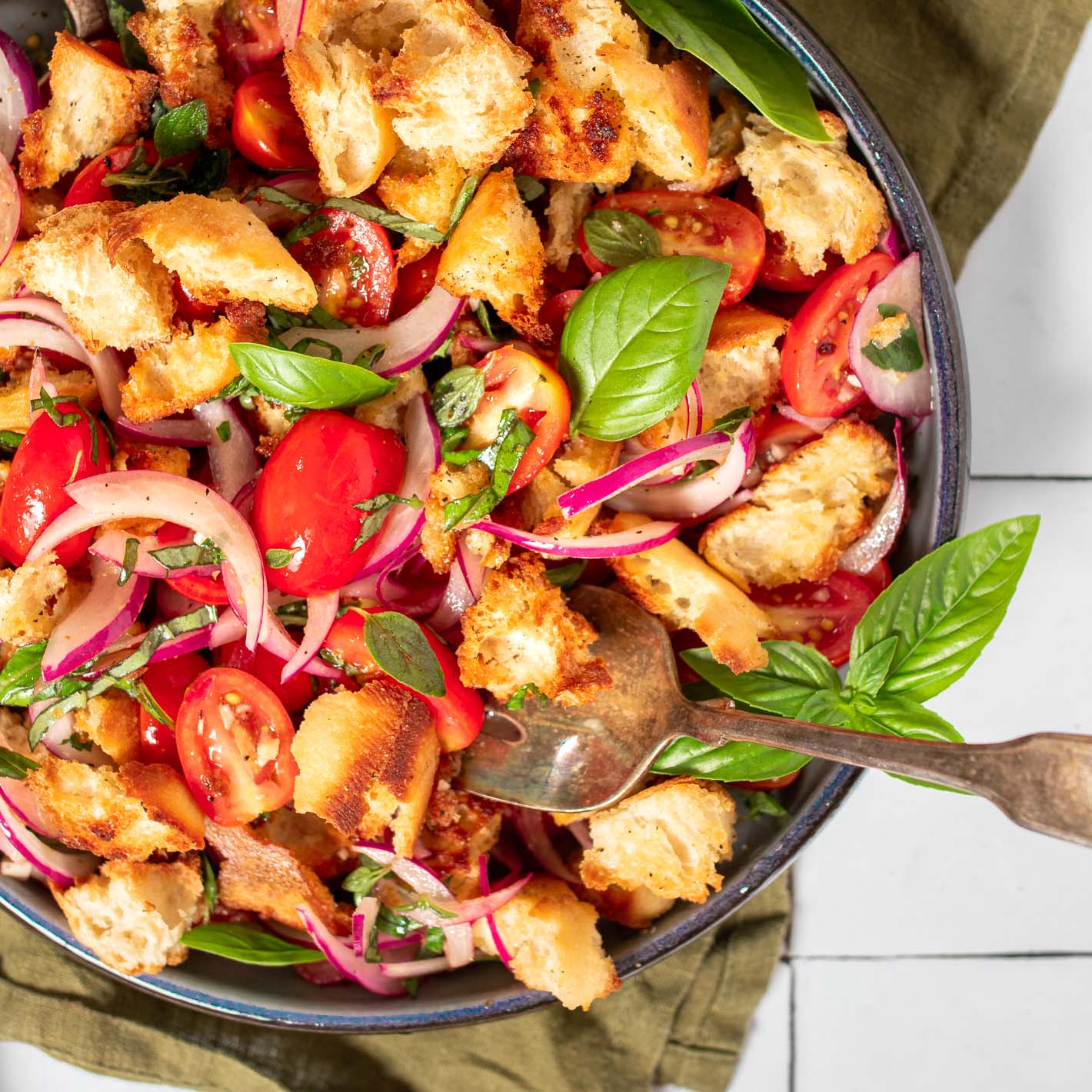 Inspired by the Tuscan recipe for panzanella, our Toasted Bread Salad is packed with delicious veggies, a red wine vinaigrette and crunchy, toasted baguette. This is the perfect summer salad – lots of texture, packed with fresh flavours, and super simple to make. While inspired by a Tuscan panzanella, we do think its important to note that this is by no means a traditional recipe.

This recipe was inspired by a few different recipes: A Cozy Apron’s Panzanella and Cookie and Kate’s Layered Panzanella.

What is a panzanella salad?

While this salad isn’t a panzanella salad traditionally, it was inspired by the Tuscan classic. So what is a panzanella salad, and what makes ours different? Panzanella is made with day-old Tuscan bread, that was originally made with no salt. Bread without salt is a tradition that goes back to a time when salt was highly taxed and peasant farmers used it only for absolute essentials. Bread can be made without salt but it dries out quickly, so farmers had to learn how to cook with day-old bread.

To prepare panzanella, the day-old bread is soaked in water, then squeezed out, crumbled and tossed with other ingredients like tomatoes, red onions, basil, cucumber, olive oil, vinegar, salt and pepper.

While inspired by, we can’t call our recipe panzanella as we do not use unsalted bread or day-old. In our recipe we’ve toasted the bread to give it a nice flavour and crunch. For a more authentic panzanella salad recipe, check out this recipe from An Italian In My Kitchen. 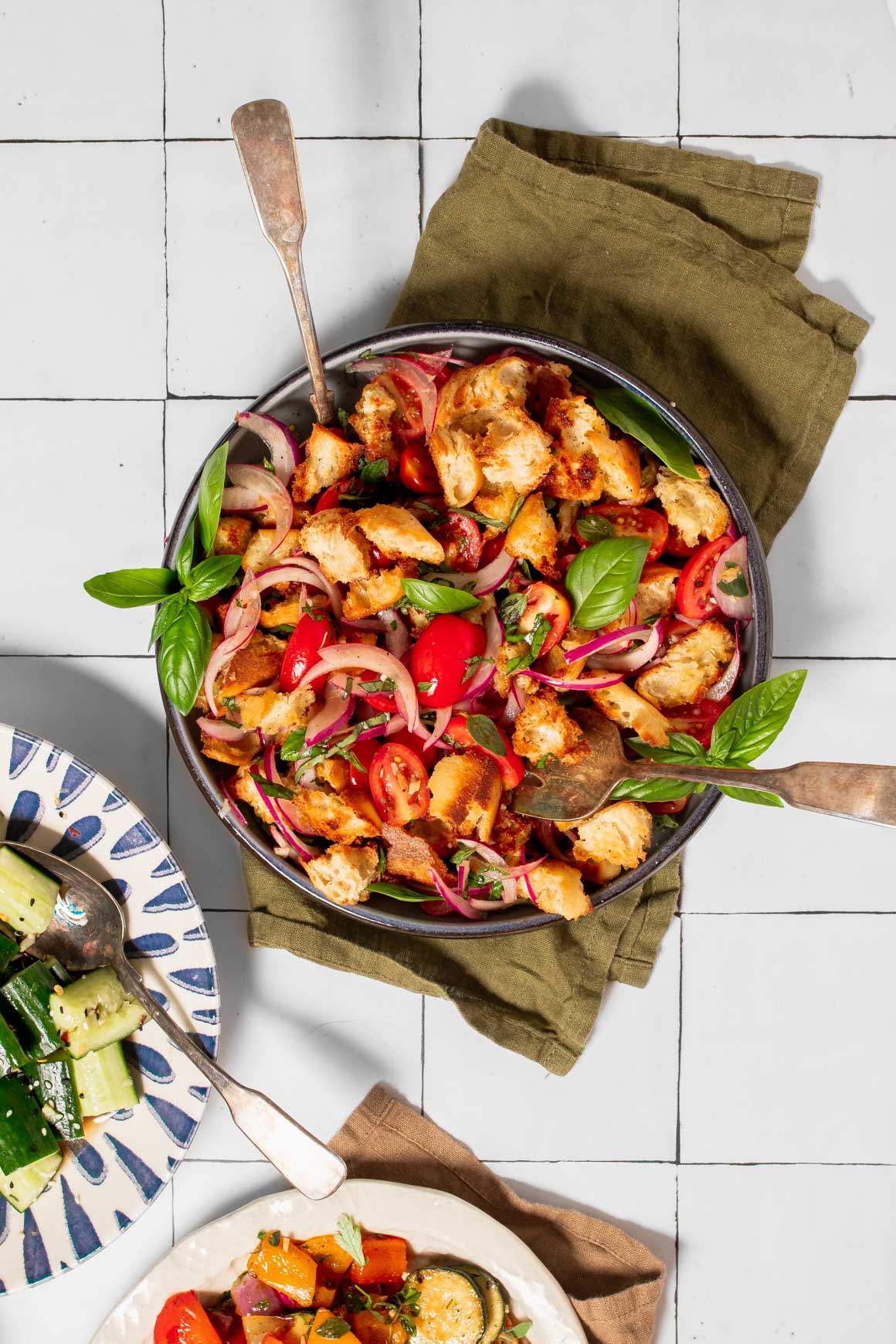 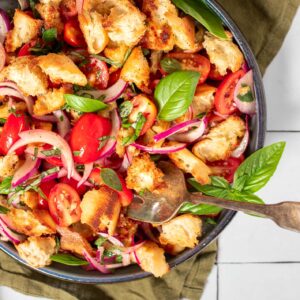 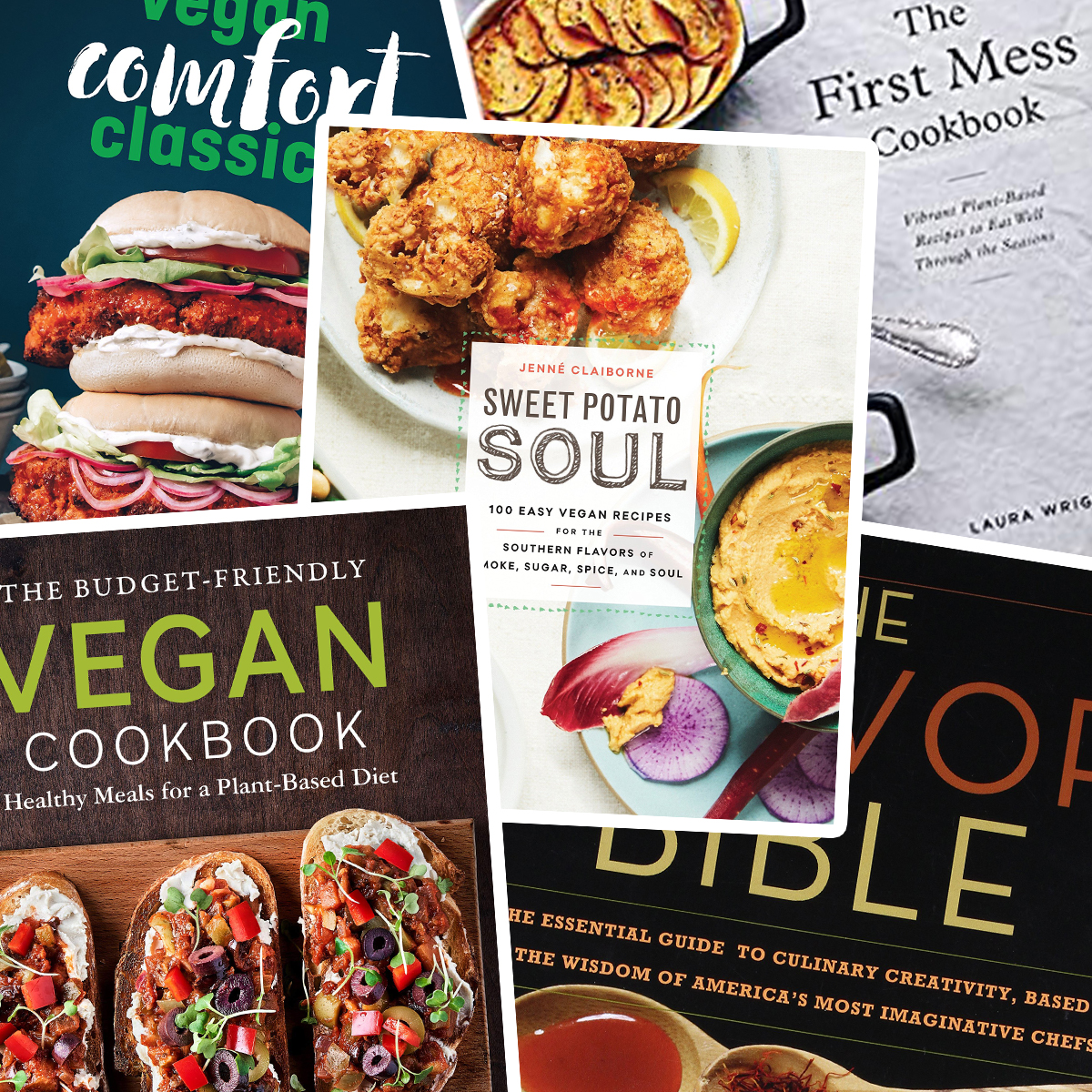 8 Cookbooks You Need in Your Life