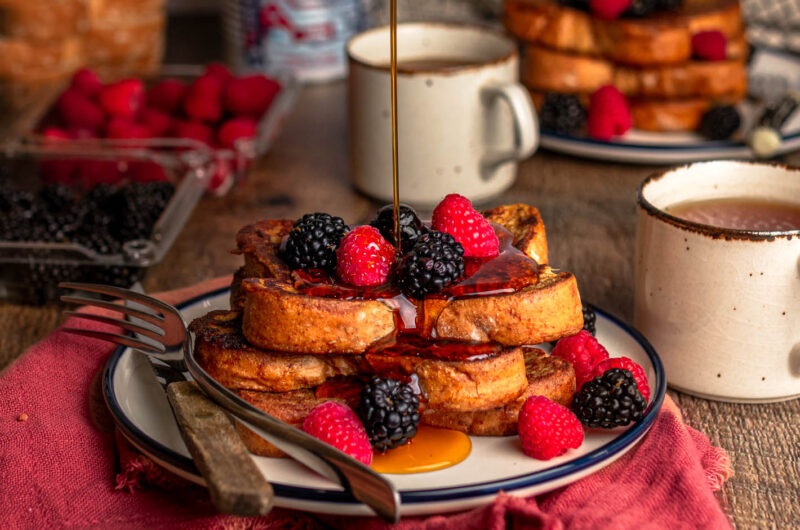 Learn how to make the best Vegan French Toast for an easy eggless and dairy free breakfast. This classic recipe is homemade WITHOUT flaxseed and instead using spelt flour!

Looking for a quick and easy brunch for two? This Vegan French Toast recipe is easy to make with just 9 ingredients. Dairy free and eggless this plant based recipe is perfectly crispy on the outside and fluffy on the inside. 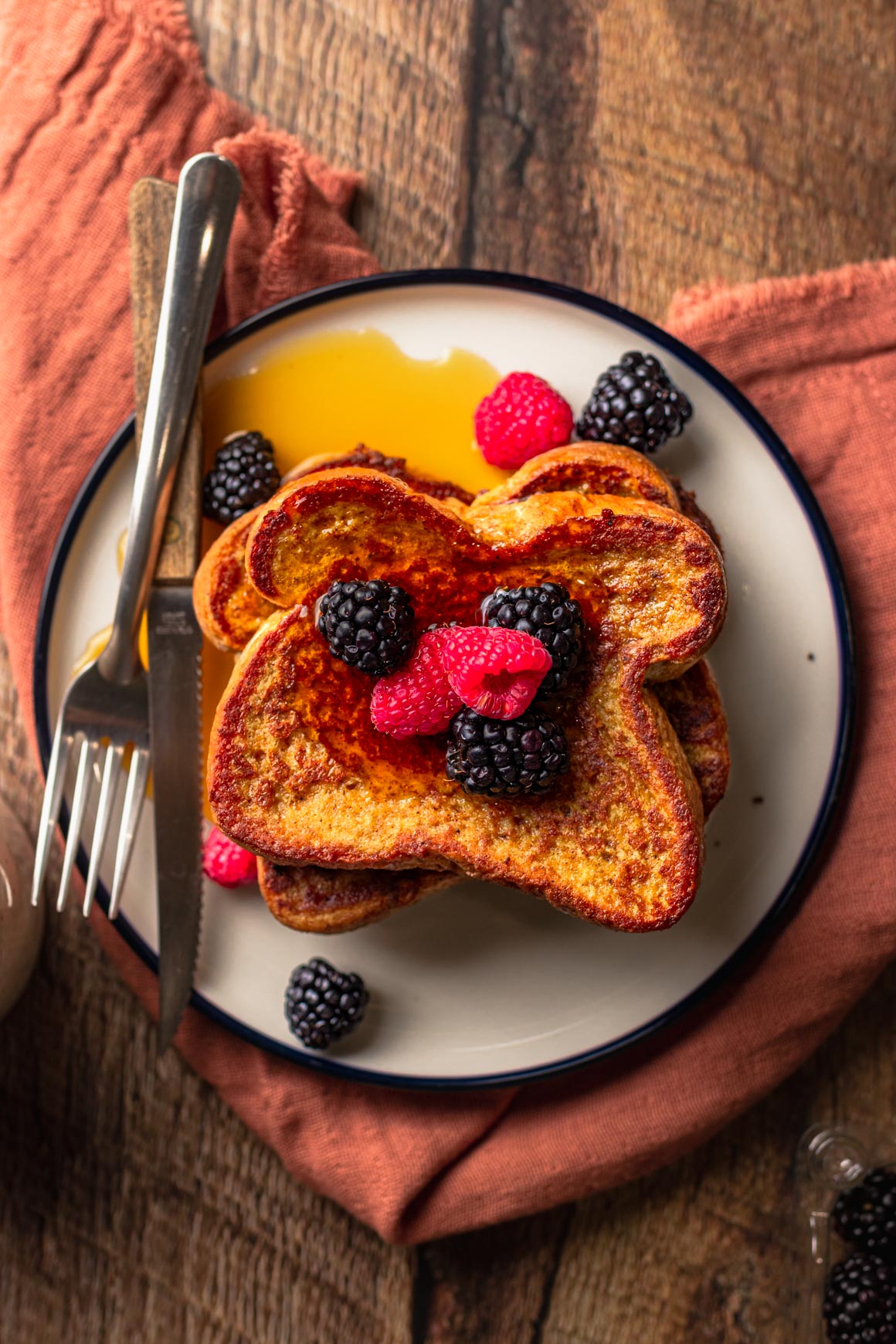 But how do you make French toast from scratch? Made without flaxseeds, this homemade recipe is actually made with spelt flour! Eggs are used in classic French toast as the protein solidifies upon heating firming up the liquids in the bread. The spelt flour is a flavourful addition, while also acting as the egg replacement in this vegan version. 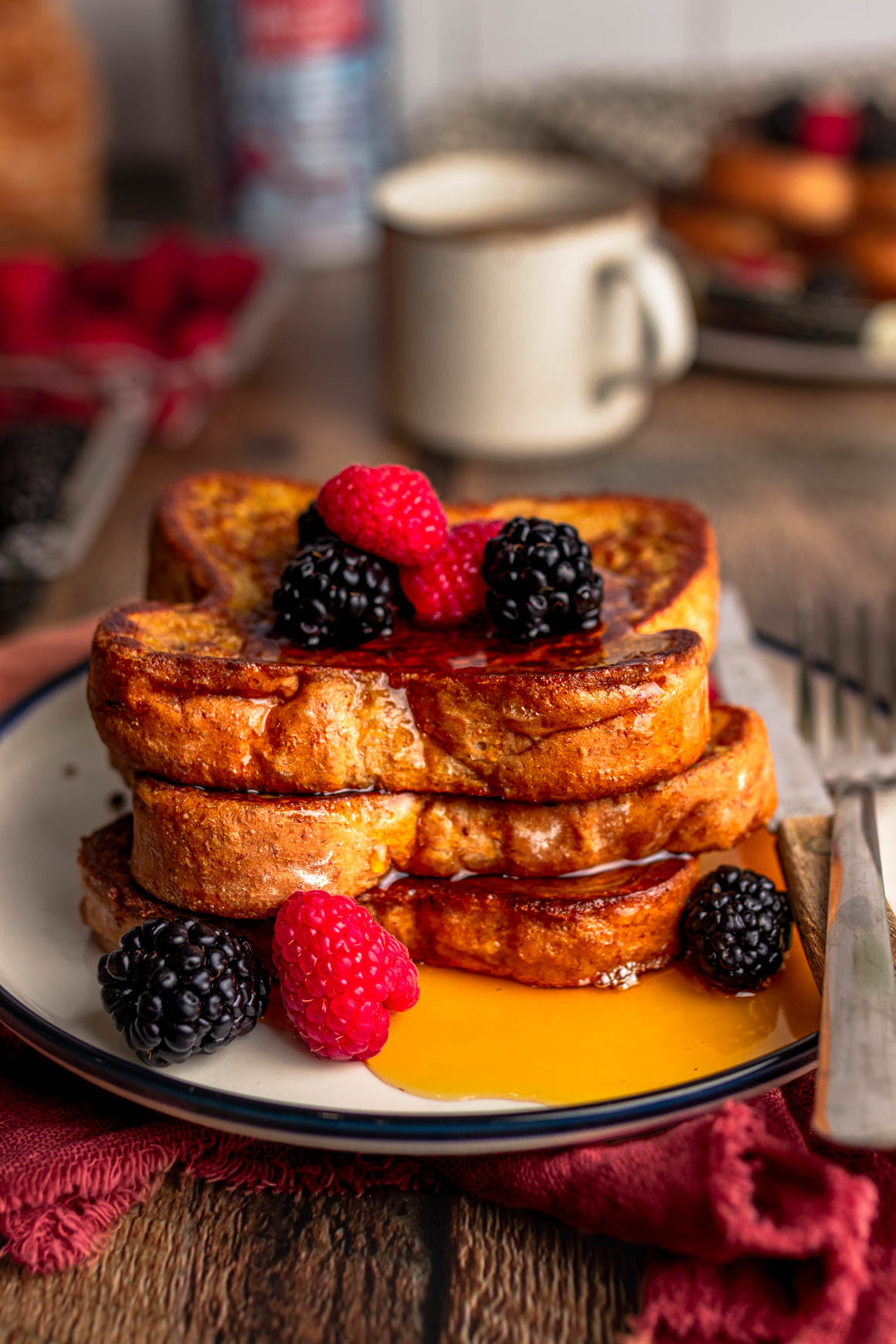 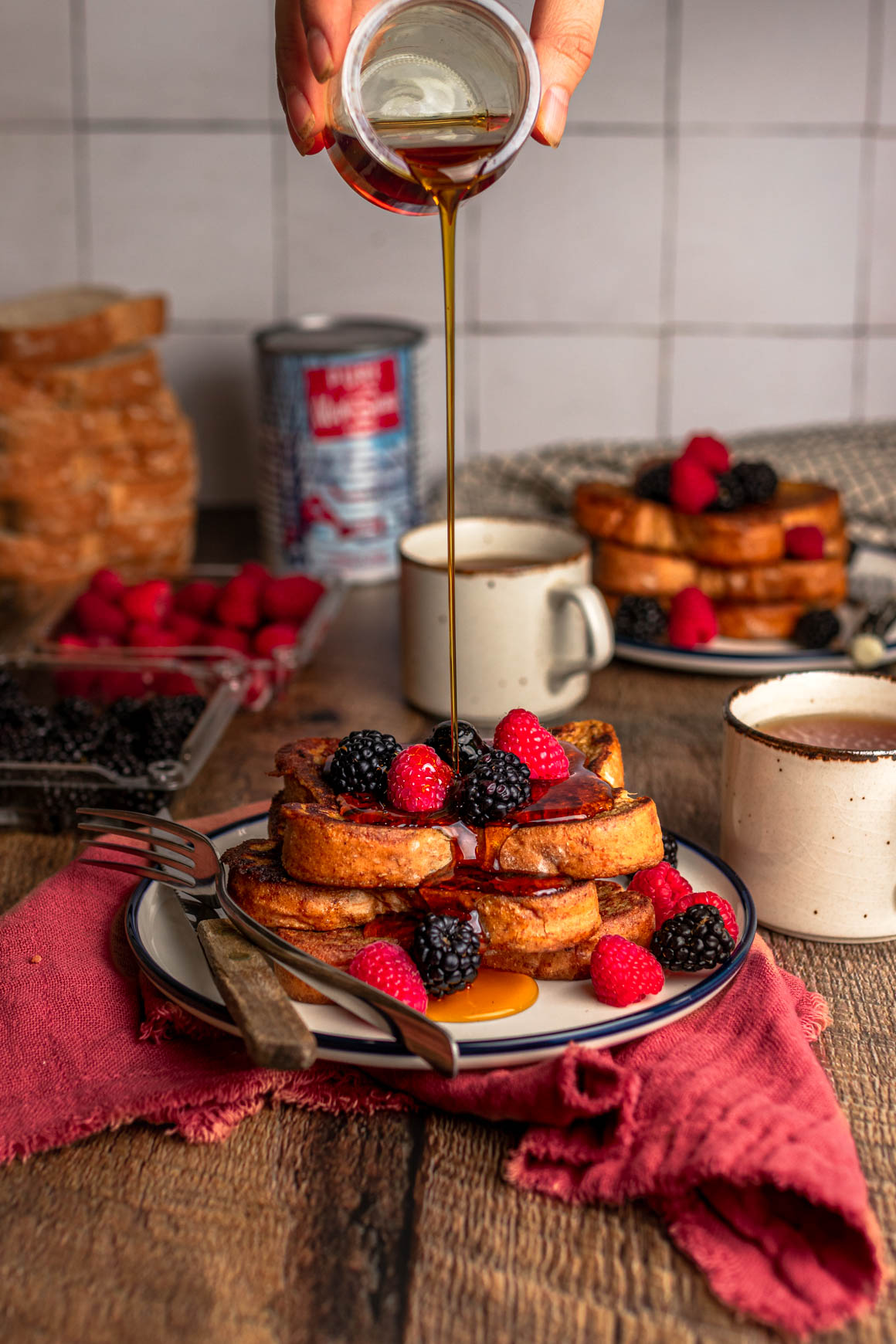 How do you make French toast vegan?

There are two main components to adjust for when making vegan French toast – eggs and milk. To make French toast vegan just substitute the milk with your non-dairy milk of choice and substitute eggs by adding some spelt flour instead!

How long should I soak bread to make French toast?

Each recipe differs and it can depend on what type of bread you use. For our recipe using white bread we soak for just a couple seconds on each side.

What is a substitute for milk in French toast?

We use soy milk but you can use any non-dairy milk you prefer. Other great options are almond, oat, and macadamia nut milk. 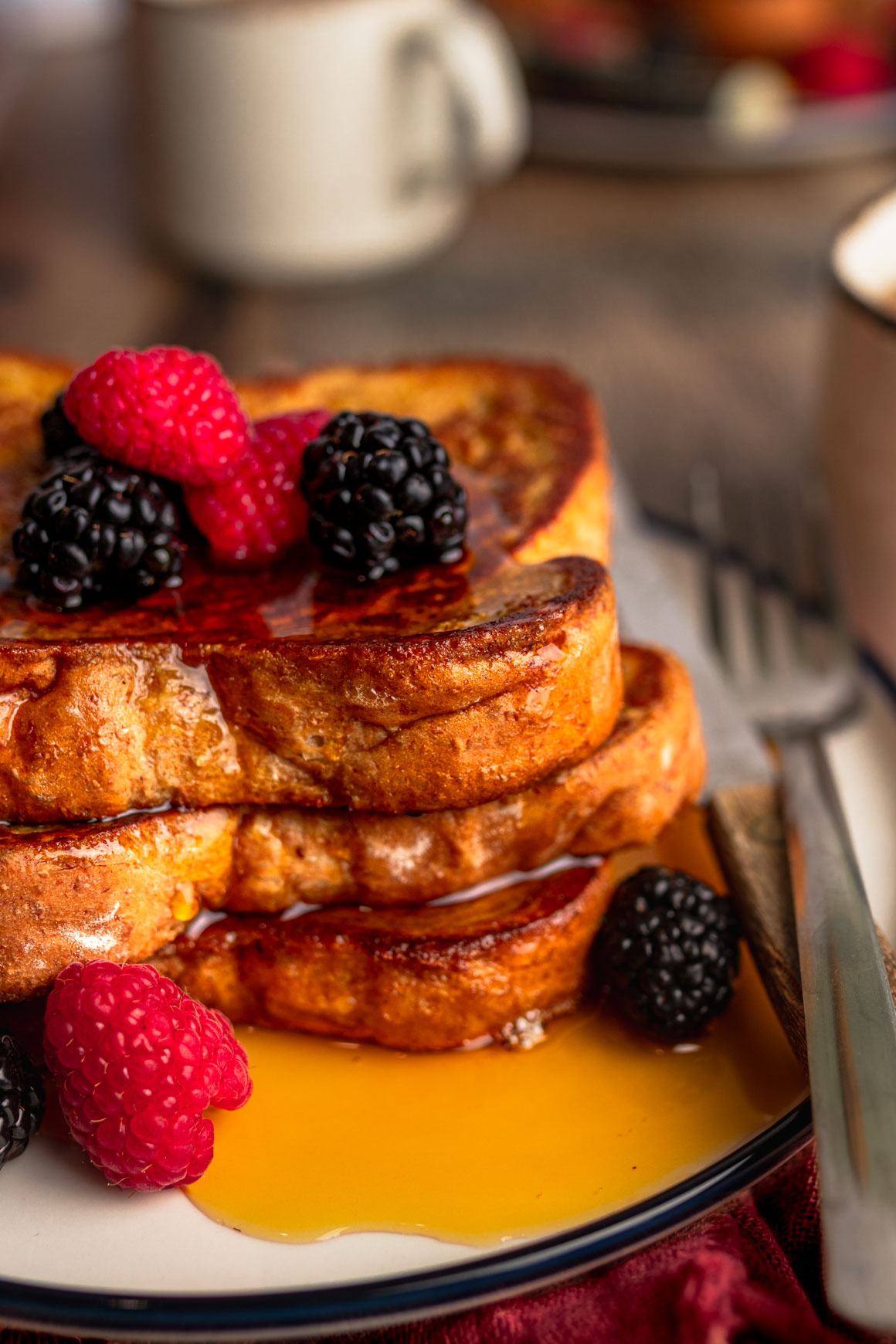 How to make Vegan French Toast: 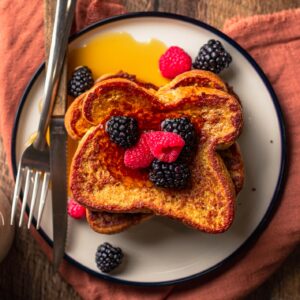 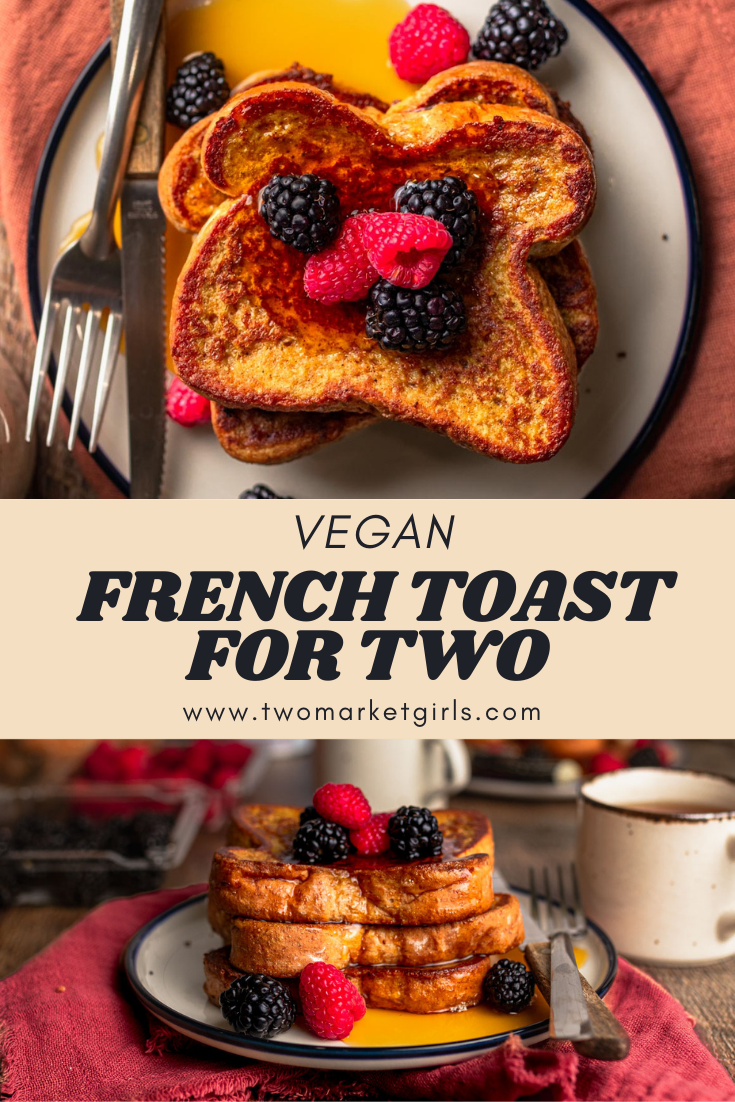 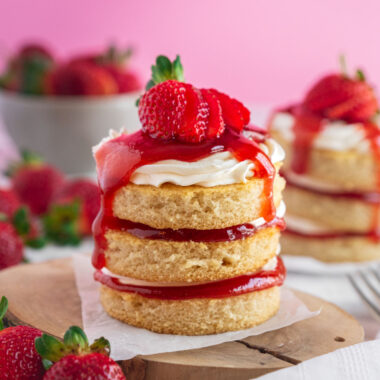 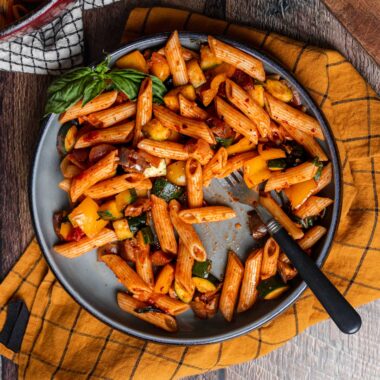