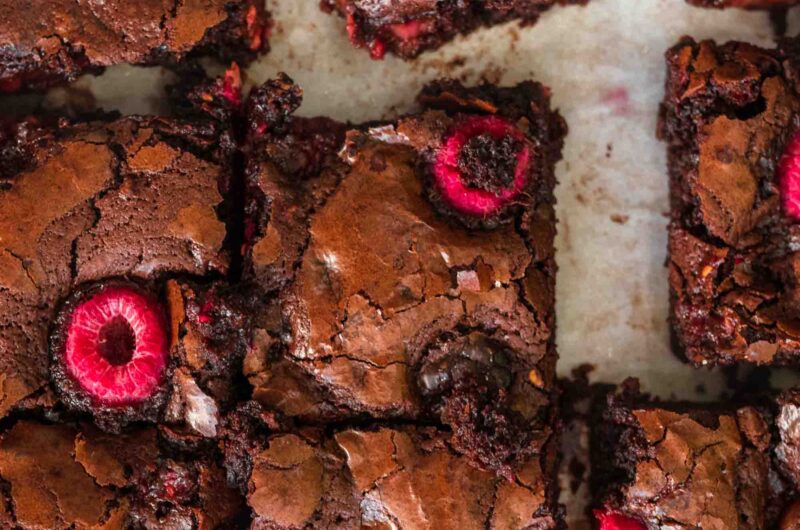 These Fudgy Vegan Raspberry Brownies are gooey, have the signature crinkle top, and are loaded with fresh raspberries. Made without eggs or butter, these delicious brownies are entirely vegan.

Craving brownies? We’ve got you covered. These Fudgy Vegan Raspberry Brownies are our newest obsession. They’re ooey-gooey and have that signature crinkle top you know and love with brownies. Made with aquafaba instead of eggs and vegan butter, they’re just as rich as their non-vegan counterpart.

When making this recipe three things we’re important to us; they had to be easy to make, super decadent, and have the classic crinkle top. These brownies hit all those marks and more. The key ingredients that make these the best vegan brownies are a rich dark chocolate and aquafaba.

How do you know when fudgy brownies are fully baked?

There are a few signs to look out for when baking fudgy brownies. You will know vegan fudgy brownies are done when the edges are visibly baked through, you see that shiny top, and the centre is set and not wiggly. You can be sure it’s done by doing the toothpick test – stick a toothpick in the centre and if it comes out with just a few pieces of brownie on it, your brownies are done!

How do you get a crinkle top on vegan brownies?

Aquafaba is the key! It binds the brownie and produces a shiny top that crinkles like non-vegan brownies do.

How do you store leftover brownies?

These brownies will last 3-5 days (but you’ll probably eat them all well before this) in an air-tight container at room temperature. Store them in a tupperware on your counter to enjoy a sweet chocolate treat all week long. 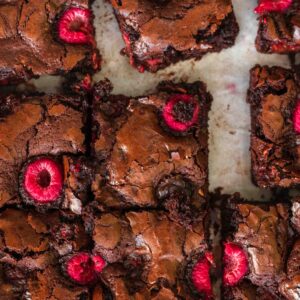 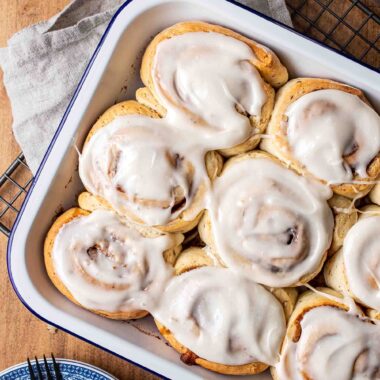 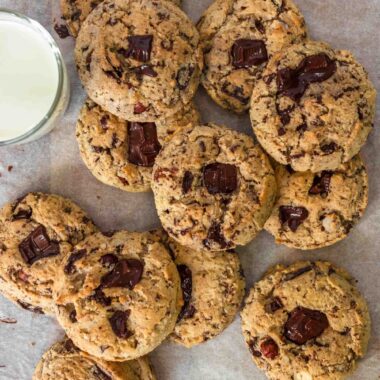