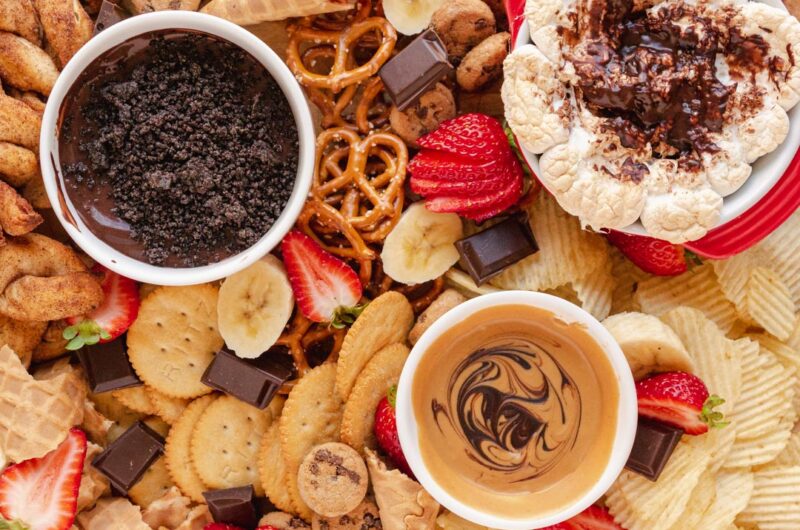 How to Make a Vegan Dessert Board

Inspired by charcuterie, learn how to make an easy Vegan Dessert Board perfect for any celebration! These DIY platters are packed with fruit, chocolate, and all things sweet and salty.

You know by now just how much we love eating foods on boards. We’ve made charcuterie boards, brunch boards, and now dessert boards! Loaded with delicious vegan ingredients and cooking hacks to bring together a delicious sweet charcuterie board perfect for a celebration.

To give you options we made not one, but two delicious vegan dessert options that you’re going to love! 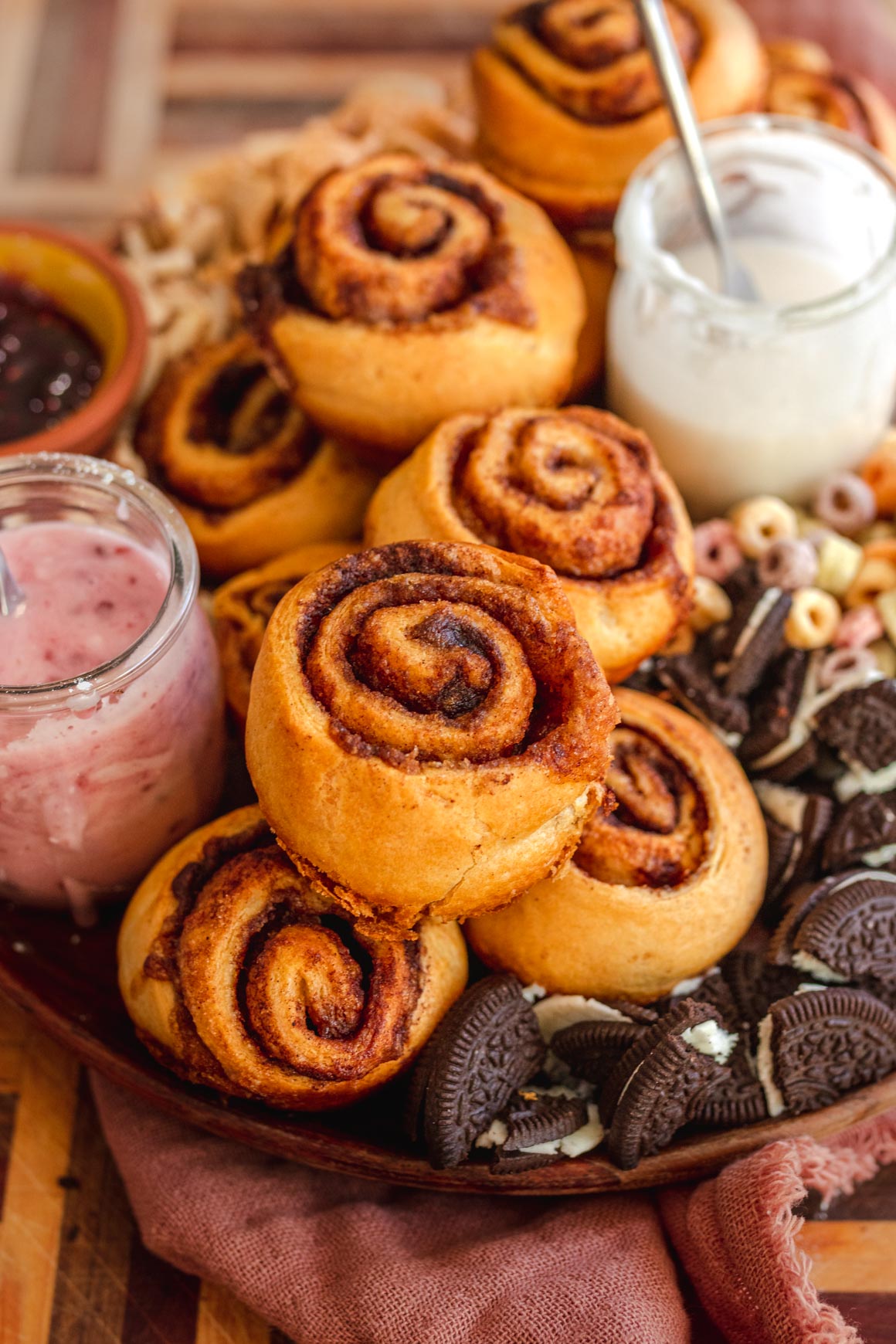 Top tips for making a Vegan Dessert Board: 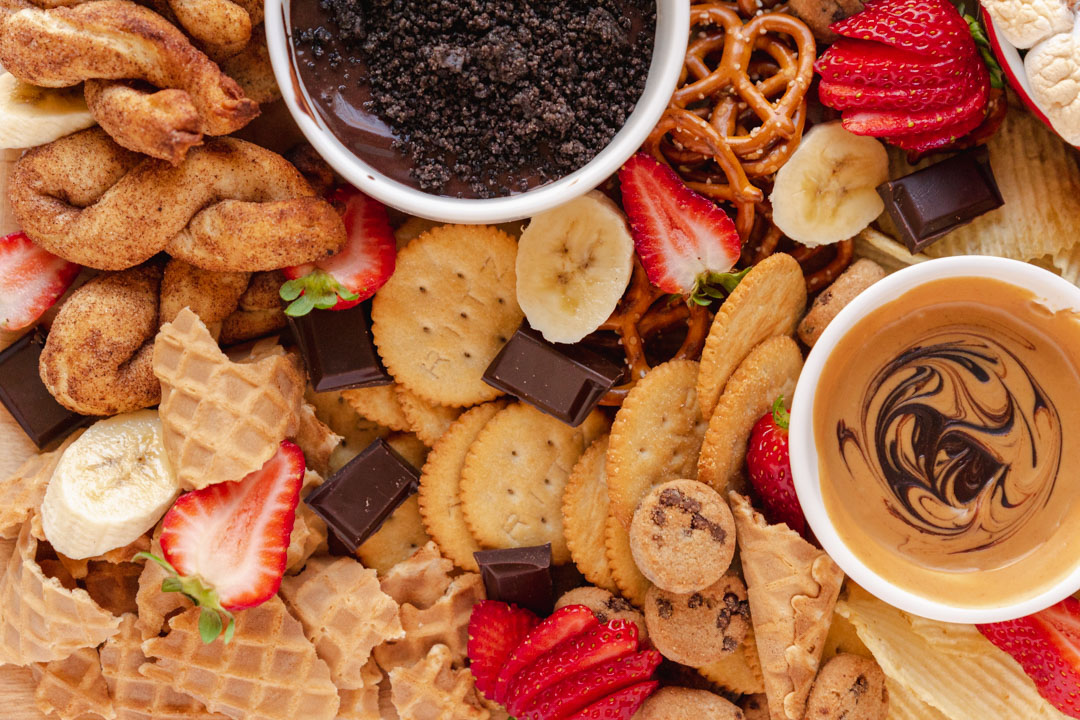 Using an easy vegan hack, makes this vegan dessert a breeze to put together on a weekend morning. Using accidentally vegan Pillsbury Crescent Roll dough, these simple cinnamon rolls are the centrepiece for a a delicious dessert (or brunch) board. 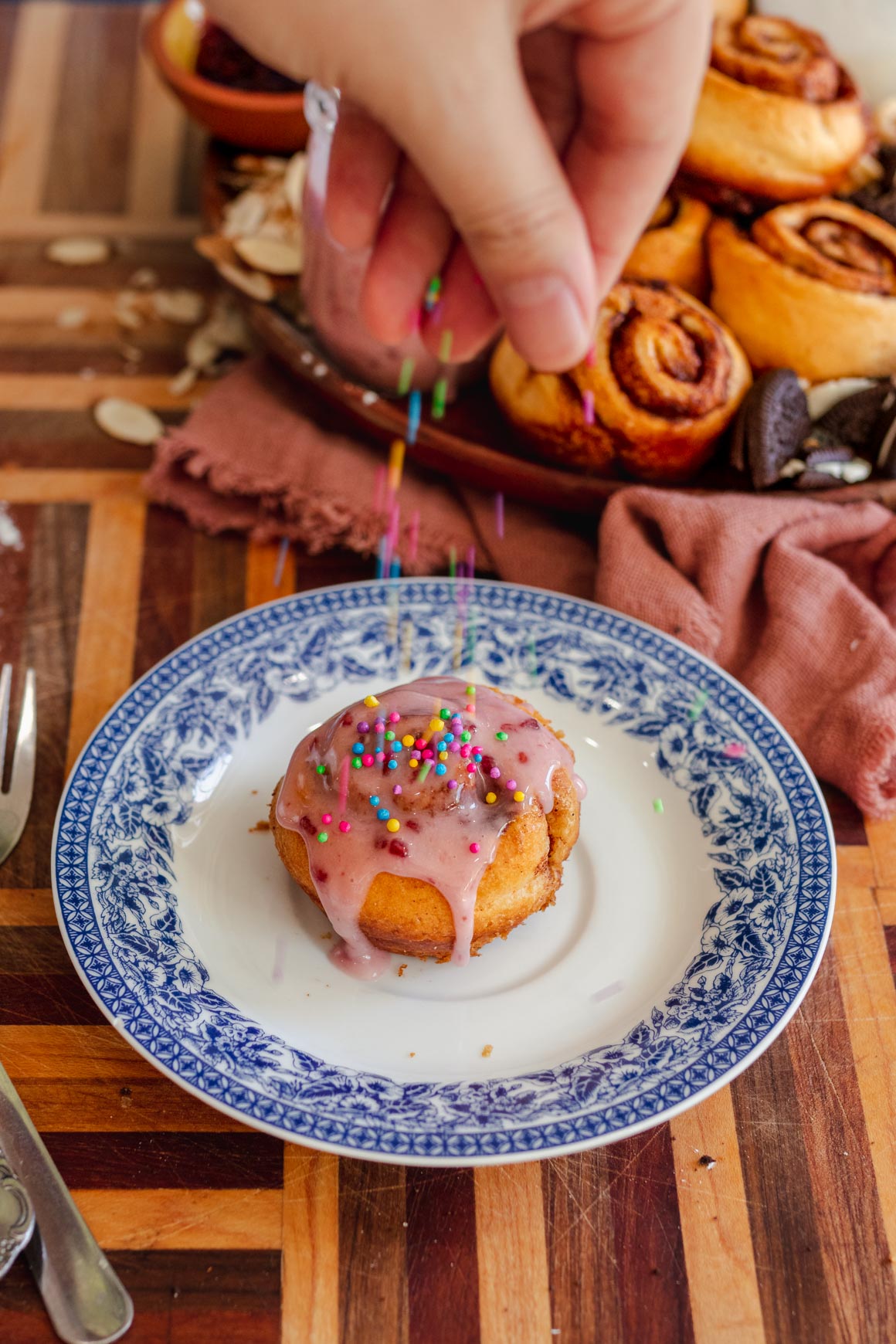 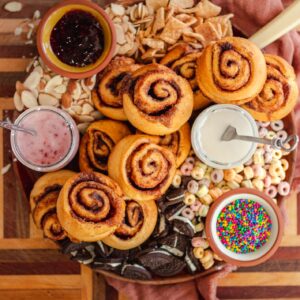 Sweet and salty come together in this delicious vegan dessert board! 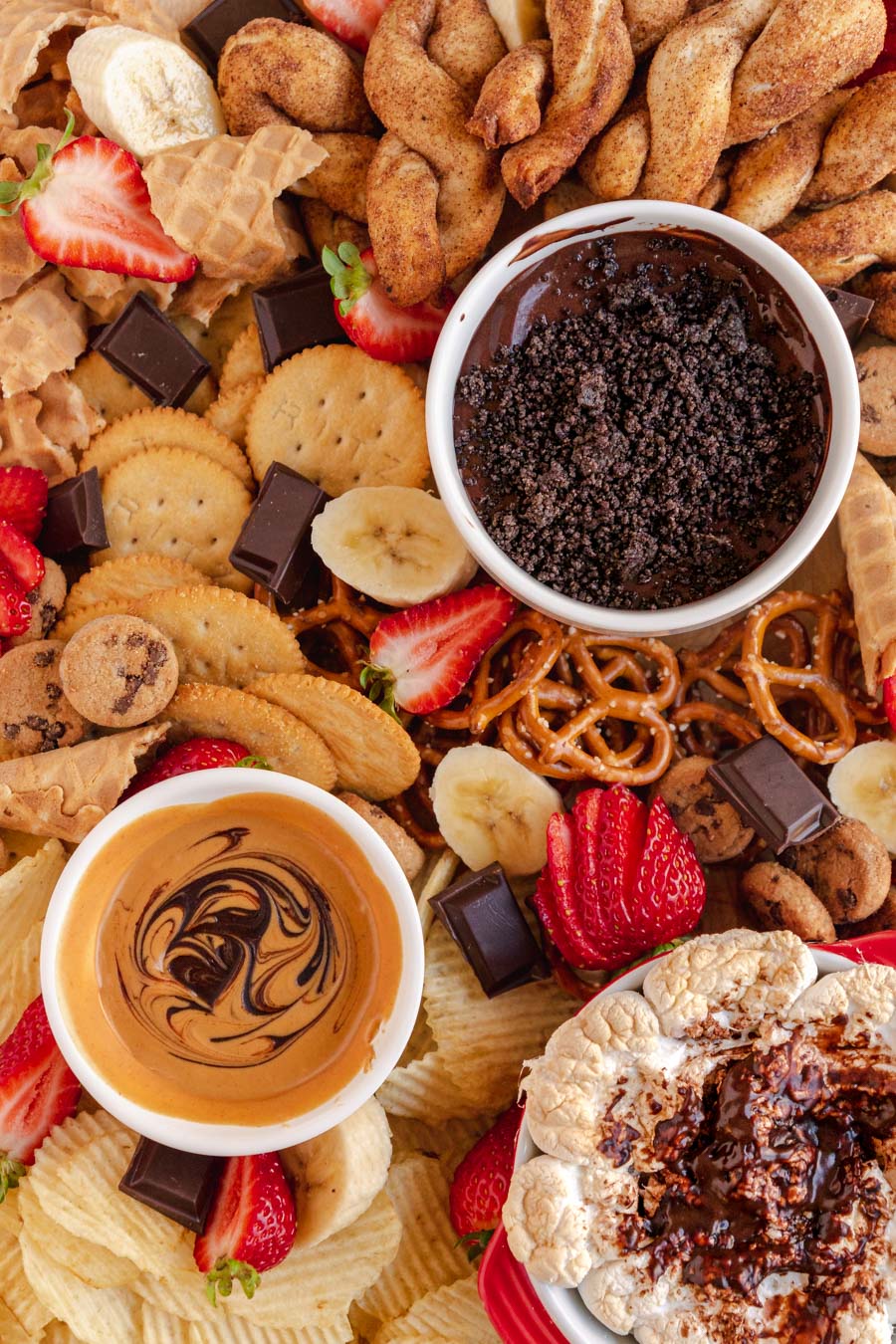 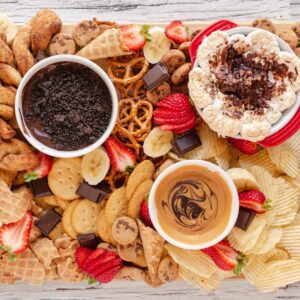 The duo of sweet and salty come together in this delicious vegan dessert board.
No ratings yet
Print Pin It
Prep Time: 30 mins
Cook Time: 10 mins
Total Time: 40 mins
Servings: 6 servings 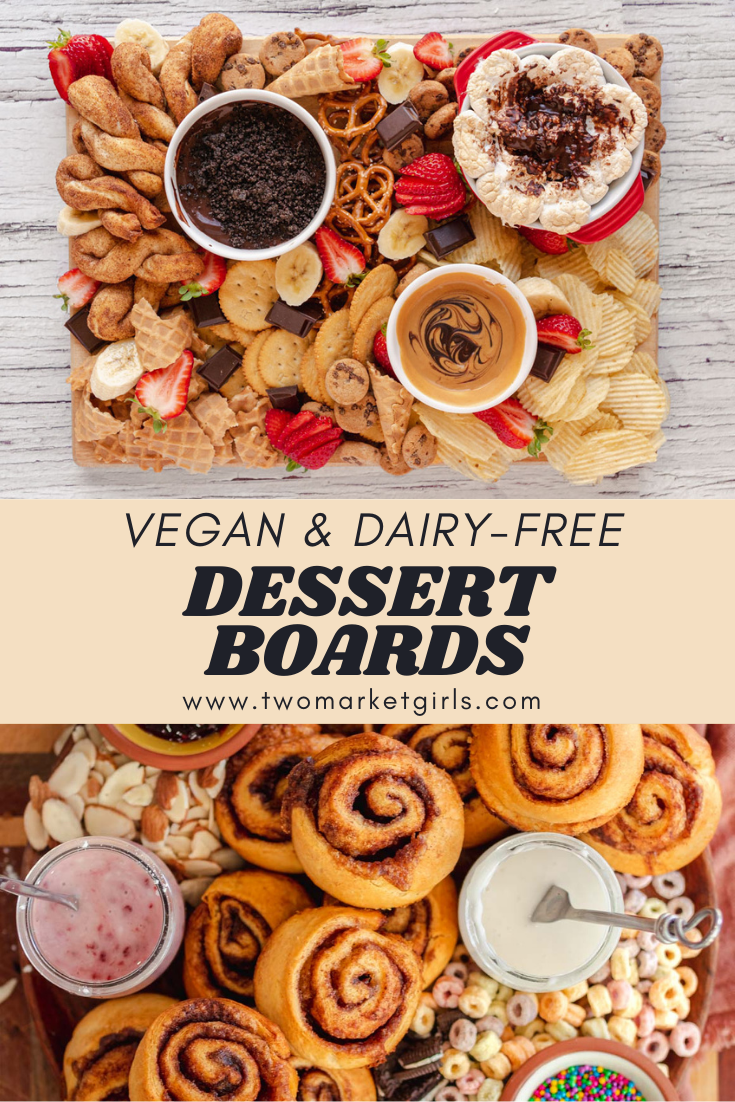 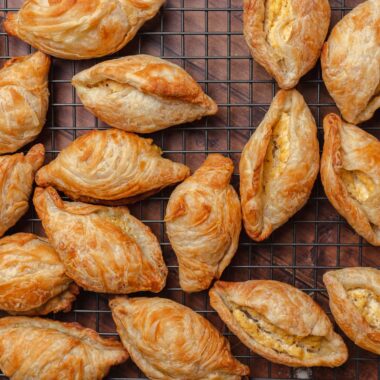 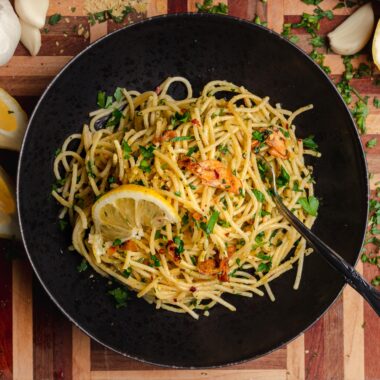