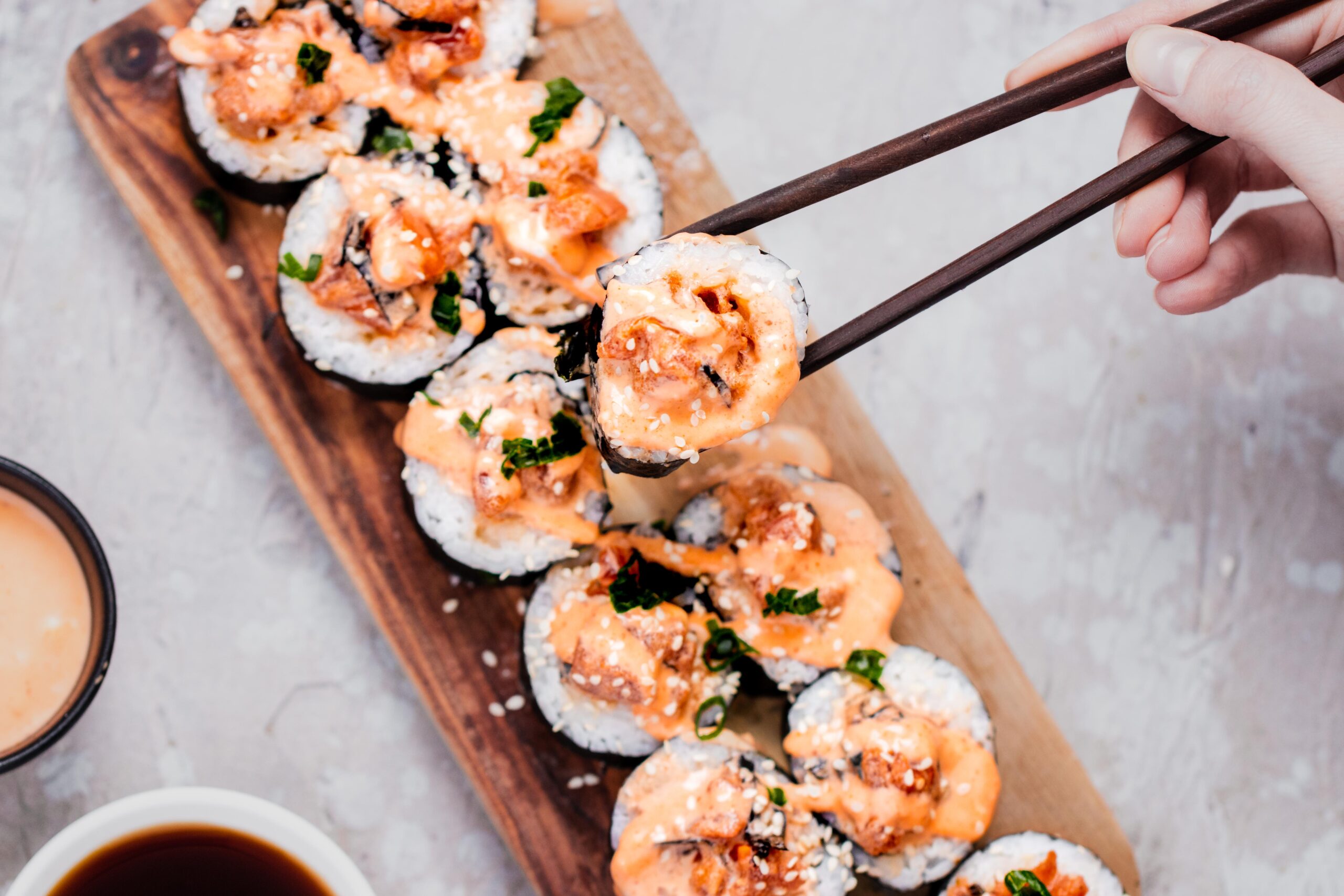 Spicy, creamy, and delicious! These Vegan Spicy Tuna Maki Rolls are two bites of bliss. Made using beefsteak tomatoes to make vegan tuna and tossed in a eggless spicy mayo.

We’re big fans of sushi! Before we went vegan and after, sushi is our go-to meal when were looking to treat ourselves. Inspired by all-you-can-eat memories, we’re re-creating classic sushi dishes all month long and veganizing them along the way. From Crispy Avocado Maki to Veggie Tempura – we’re veganizing our way through sushi favourites.

Is it possible to have a sushi series without talking about fish? Obviously, fish isn’t vegan. But we still wanted to make a fish-inspired sushi recipe that we’ve loved before going vegan: Vegan Spicy Tuna Maki Rolls. Made using a secret ingredient, you won’t believe these aren’t fish! 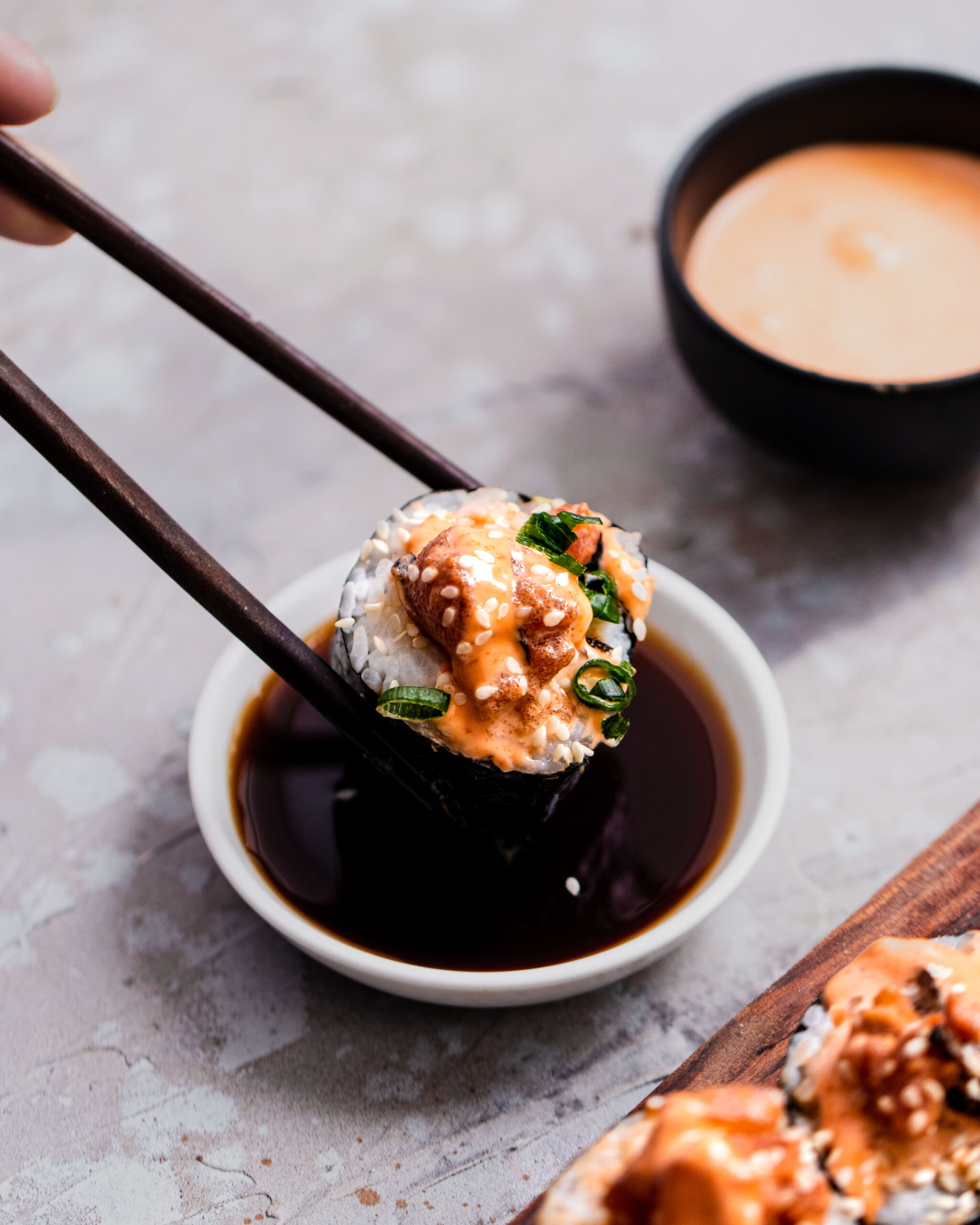 What is maki sushi?

Originating in Japan, sushi is a popular dish around the world. Maki is often misidentified as sushi, when actually maki is a type of sushi. Maki is made in rolls and sliced in bite-sized round pieces. Consisting of fish, vegetables and other ingredients rolled inside nori and rice. There are also often sprinkled with toppings. Maki often contains seafood, but there are plenty of traditionally vegan options. 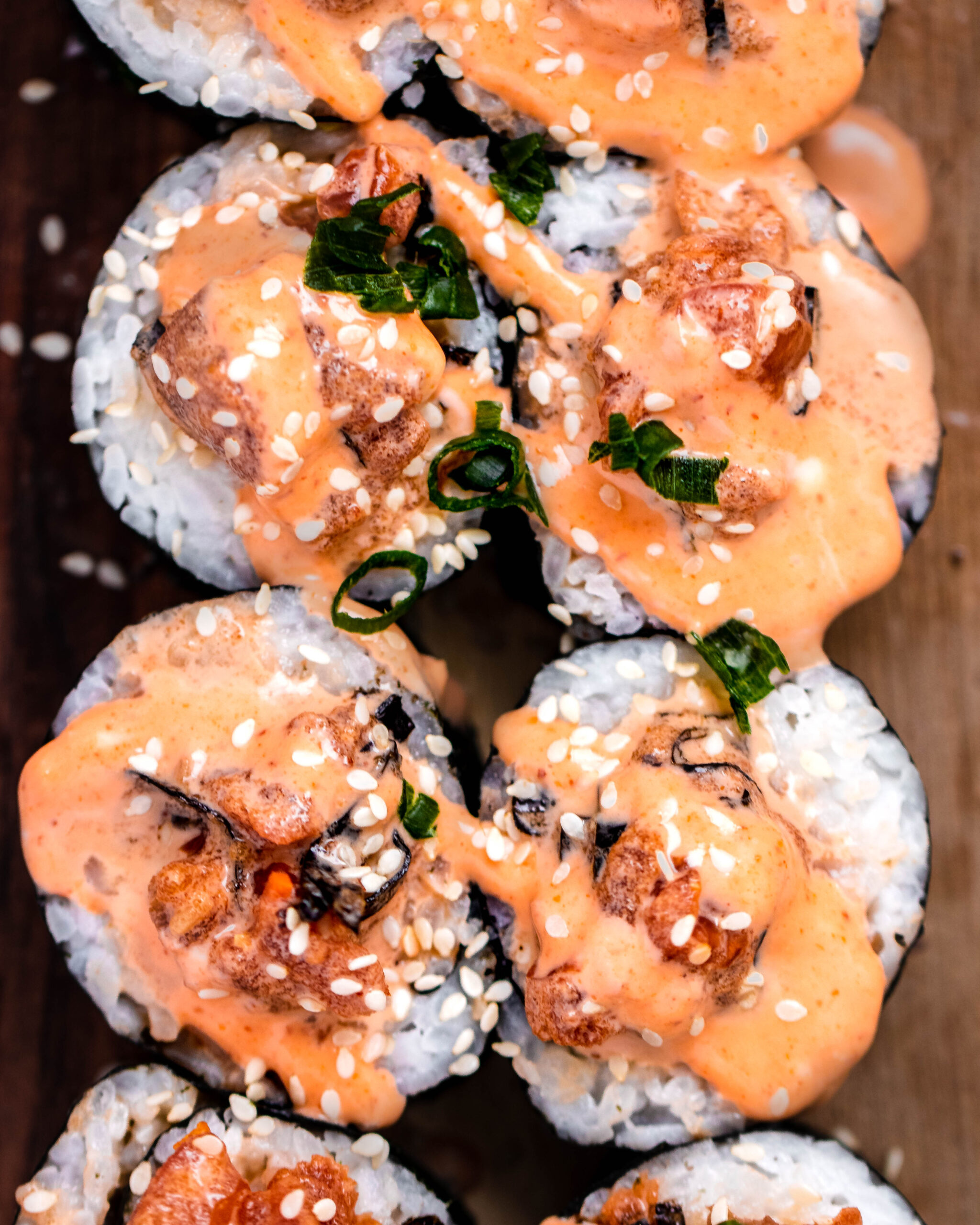 What is vegan tuna sushi made of?

To get the right texture of tuna that would also absorb flavour of a marinade we used beefsteak tomatoes! You start by boiling the tomatoes for a short amount of time and then submerging them in ice water. This allows you to peel off the skin of the tomato leaving a soft, tender flesh that you will make your vegan tuna with. Then you will marinate them in a delicious fish-y mix that will give them a lot of the “tuna” flavour. Lastly we toss the finished vegan tuna in some spicy mayo and roll it into a maki roll. 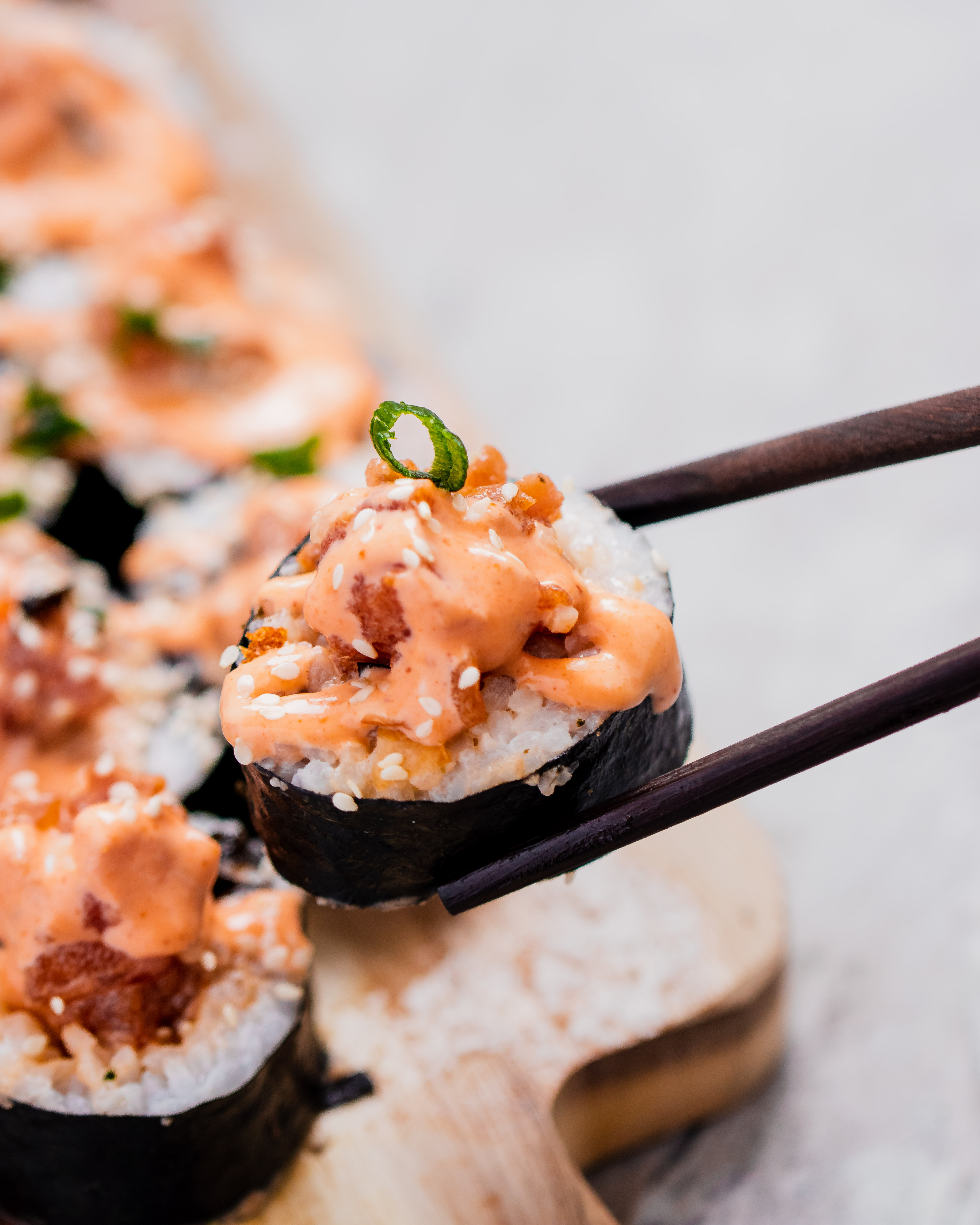 Do you roll maki shiny side up or down?

When rolling maki sushi make sure the nori is shiny side down. This ensures the shiny side is on the outside when rolled up. 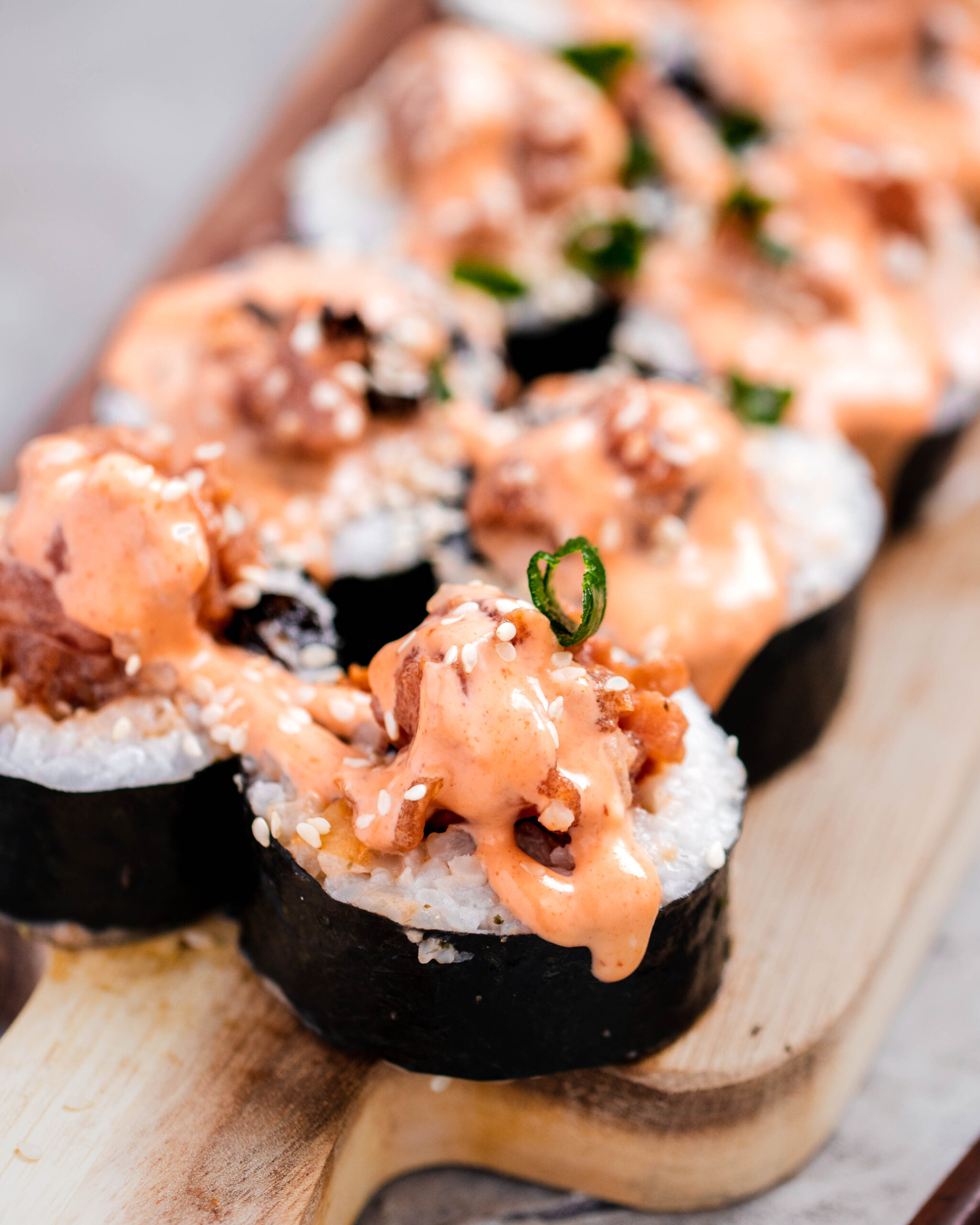 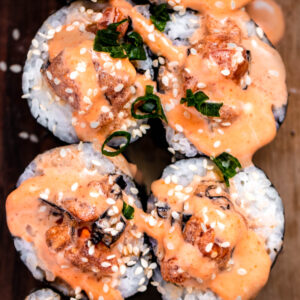 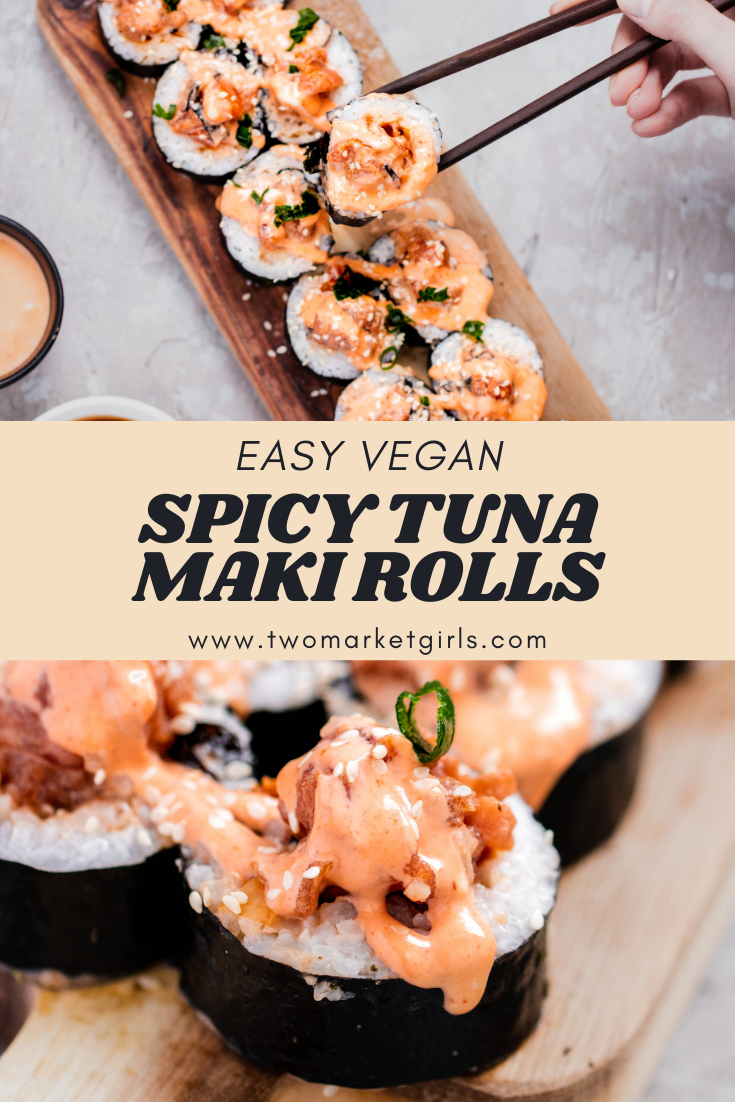 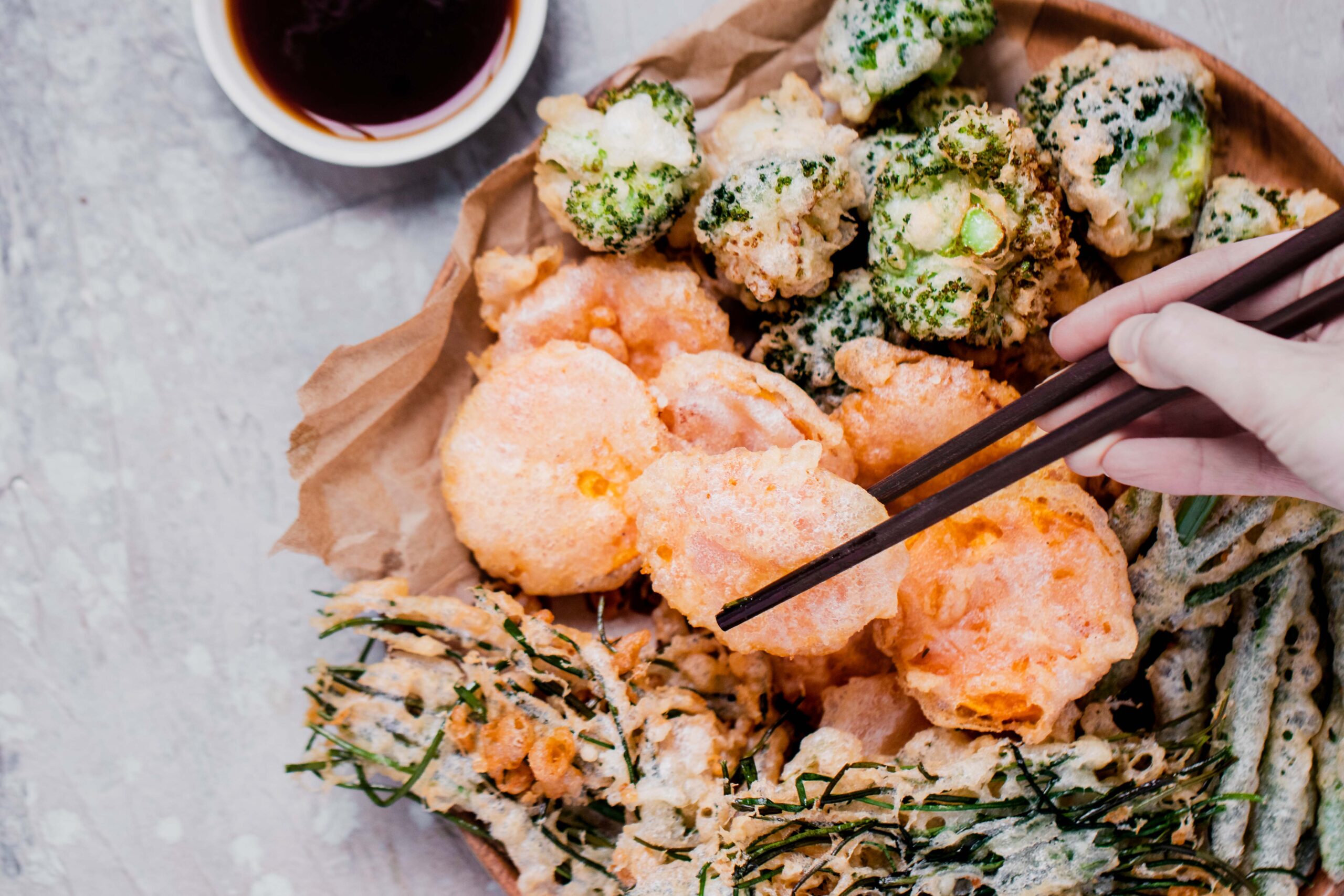 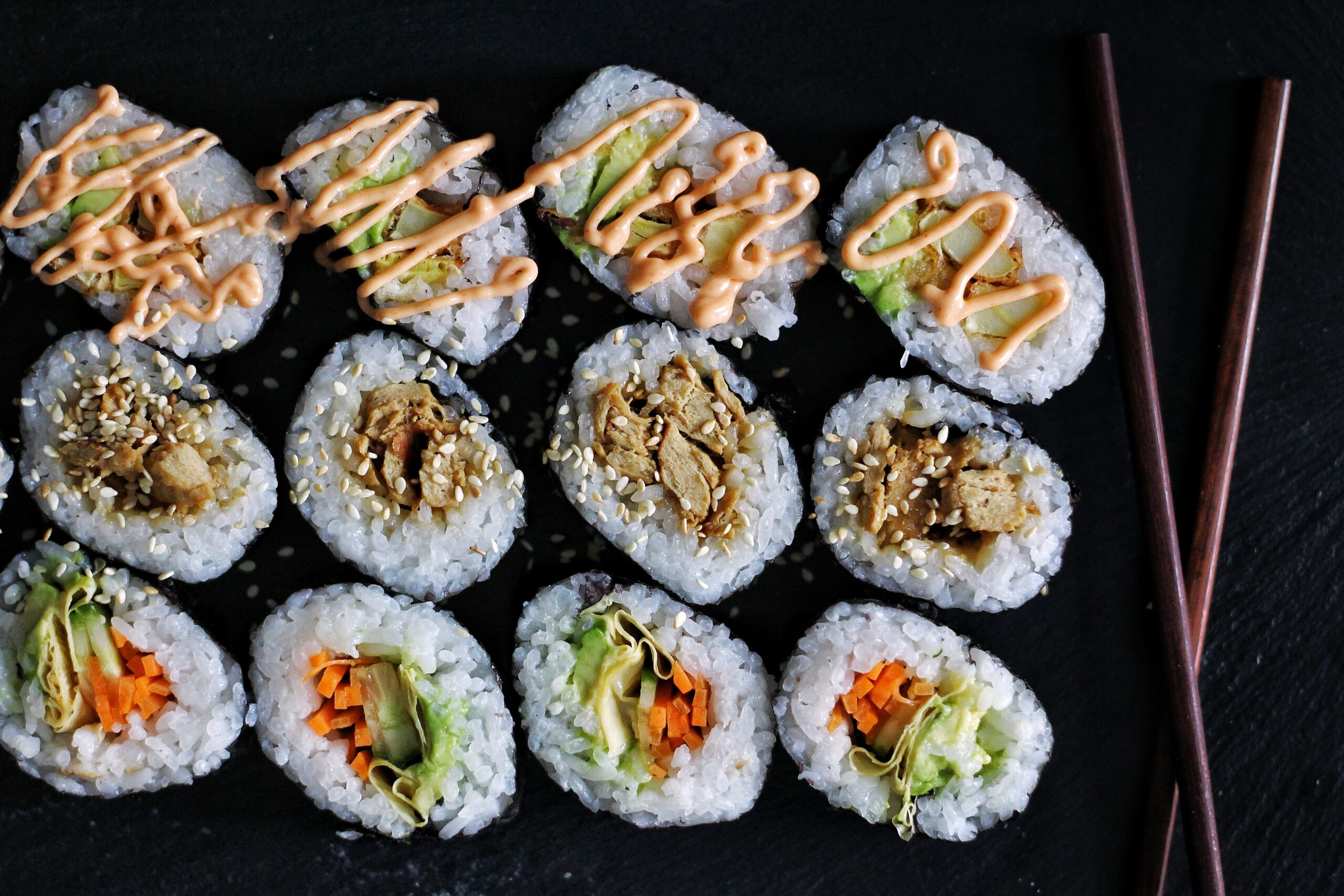 A Vegan's Guide to AYCE Sushi