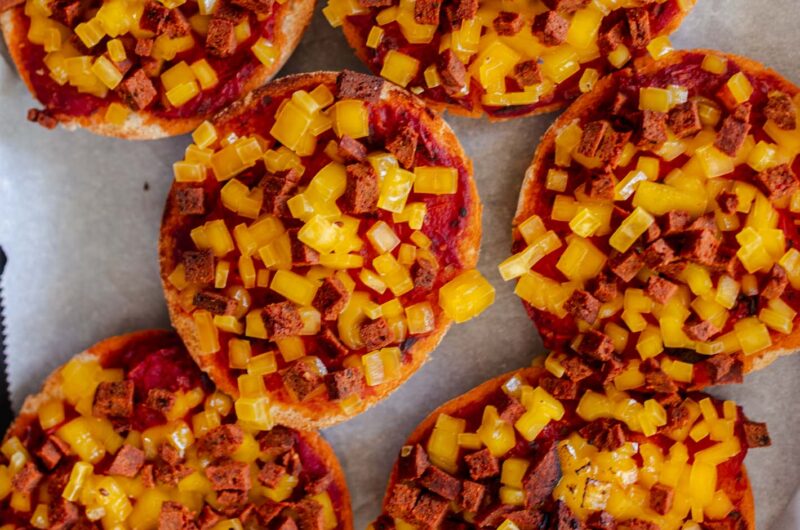 When we were growing up bagel bites were what it was all about. There’s something about those mini bagels with cubed cheese and pepperoni that made our ten year old taste bud sing. Of course we grew up realized that they really aren’t that special, but to be honest, we still loved them. So we decided to veganize them! 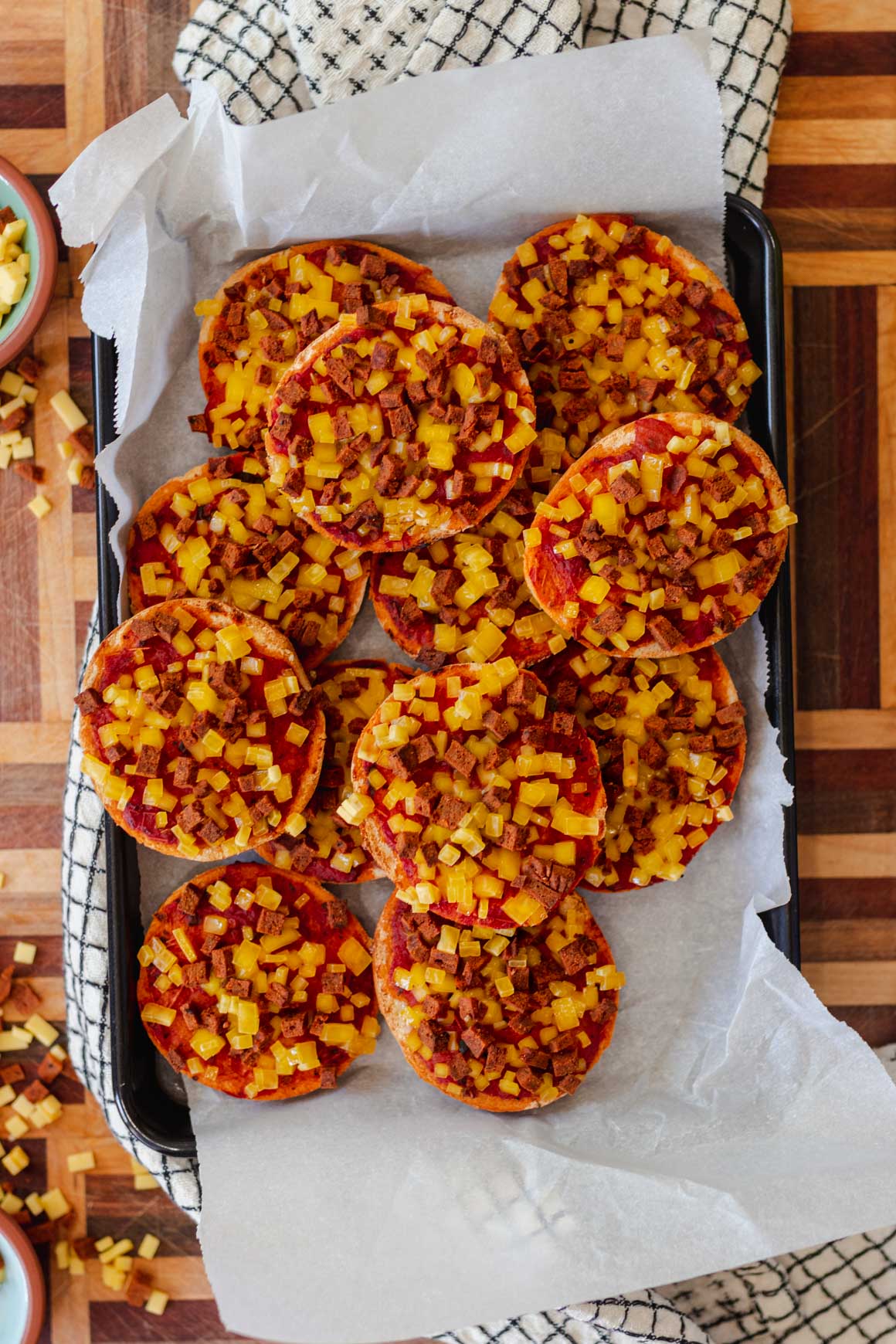 One of the best things about these Vegan Bagel Bites, besides the nostalgia, is there easy to make! All you need is four simple vegan ingredients; mini bagels, pizza sauce, vegan mozzarella, and vegan pepperoni. Of course these toppings can be adjusted based on your taste buds and ingredient availability.

Just keep these four ingredients on hand and you have a simple, easy snack anytime you want! And no there is no shame in having these for lunch – we do all the time! 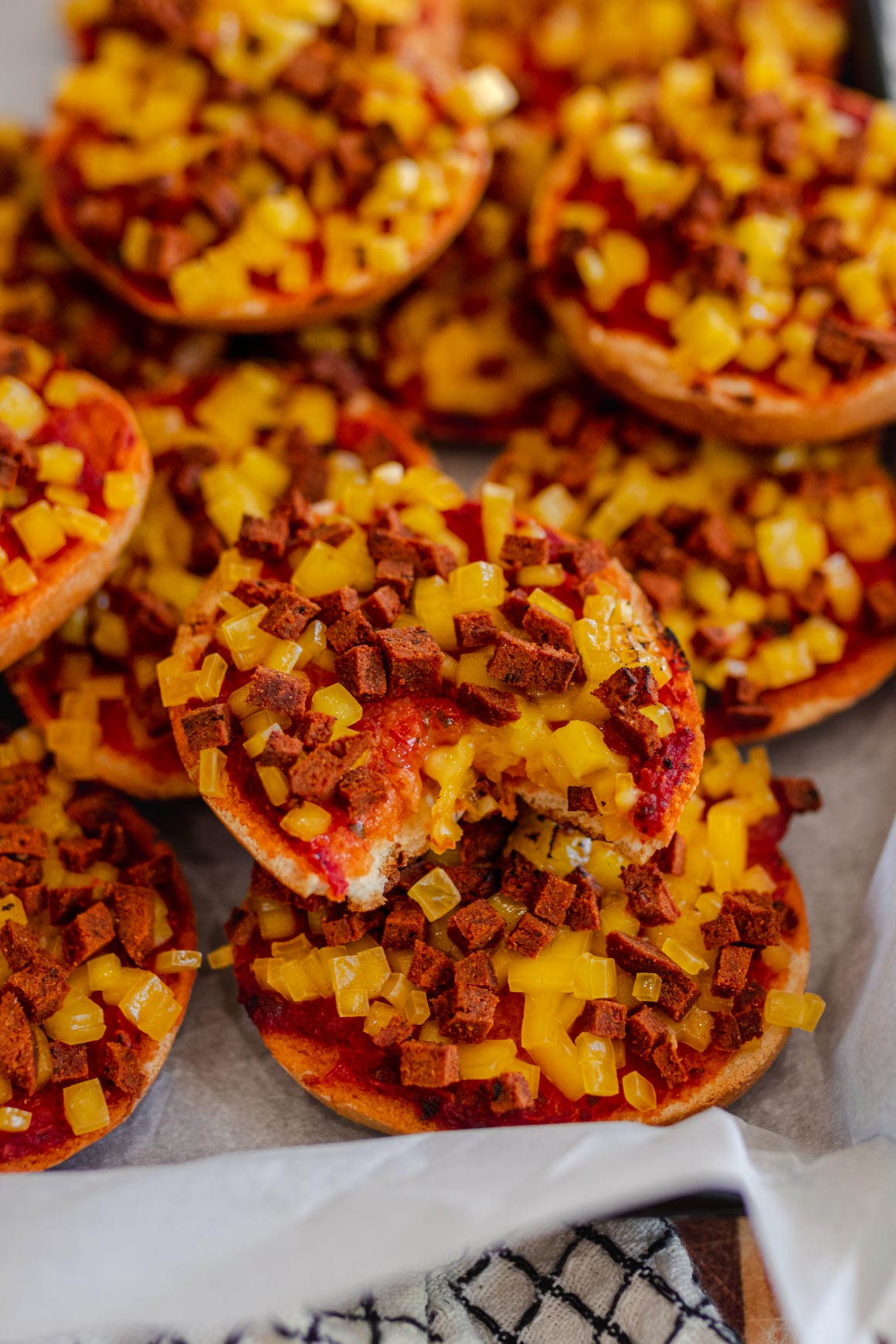 Where can you buy mini bagels?

We bought ours from a Canadian grocery store called Loblaws, however you should be able to get them at most grocery stores. Or make your own!

What vegan cheese is best to use?

Any vegan cheese you want! Pick your favourite sliced vegan cheese and dice it into small cubes so you can mimic the childhood favourite.

Can you add your own toppings?

Of course! We wanted to keep these classic; cheese and pepperoni. However you can customize these however you would like. Some of our favourites are bell peppers, mushrooms, vegan sausage, and jalapenos.

How to make Vegan Bagel Bites: 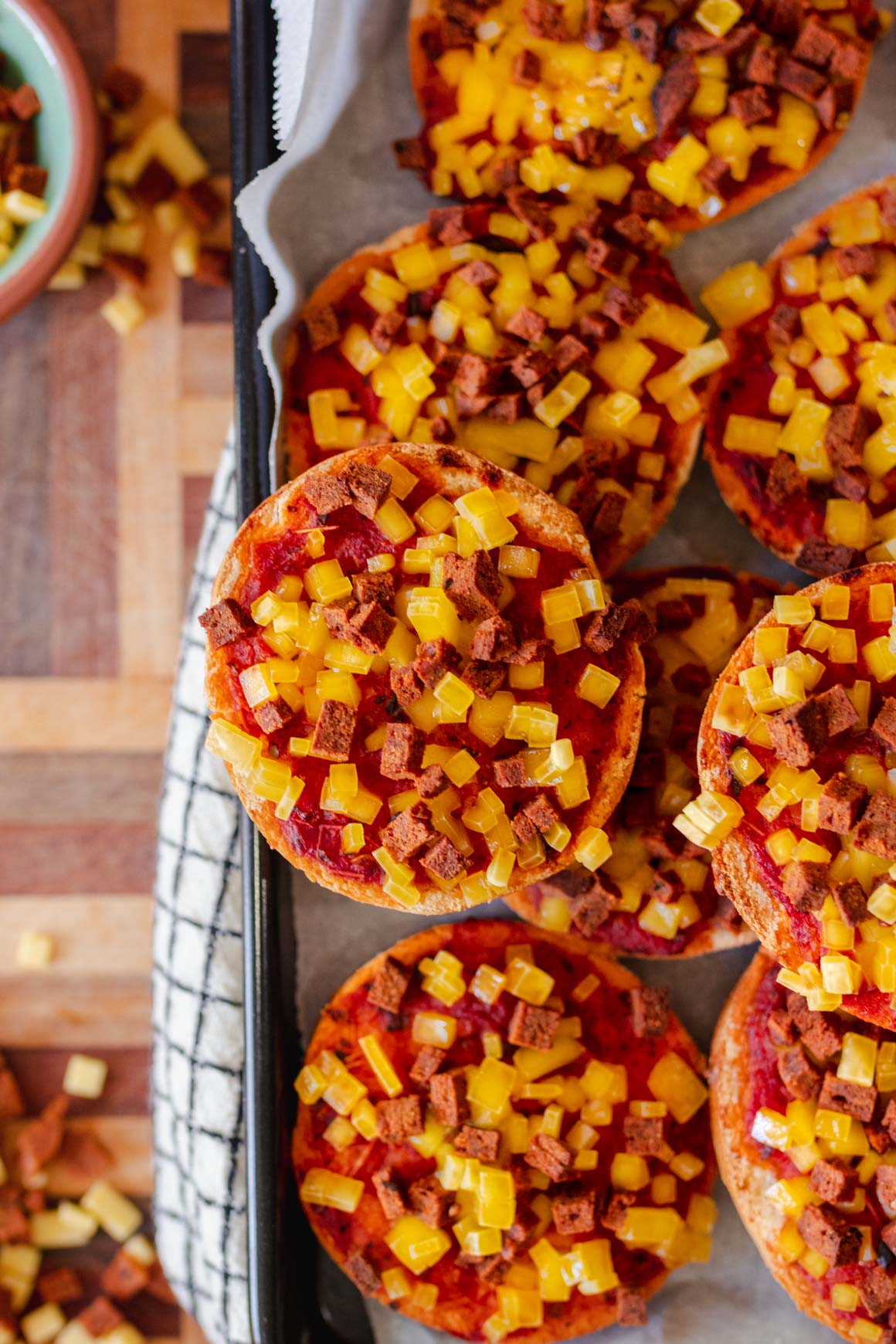 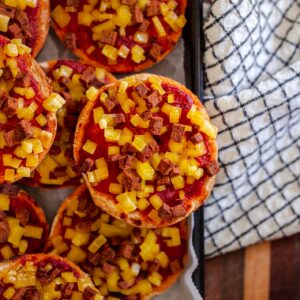 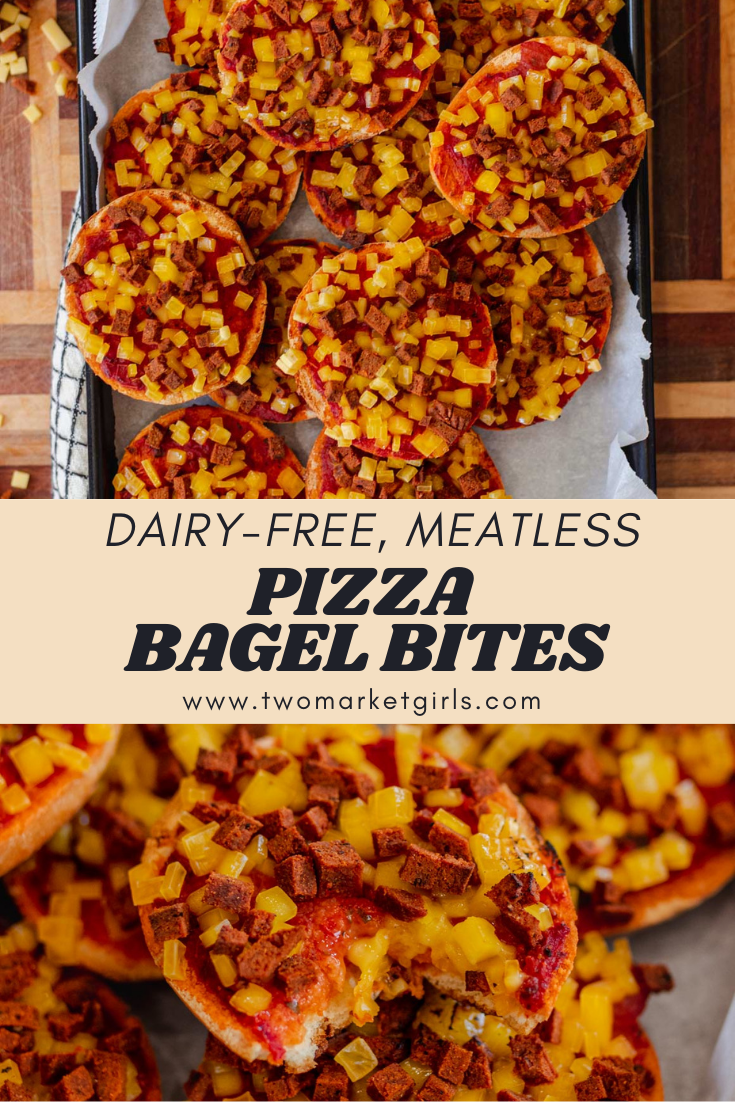 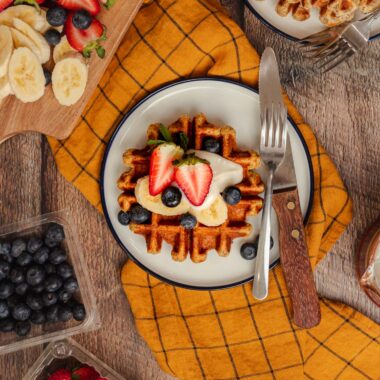 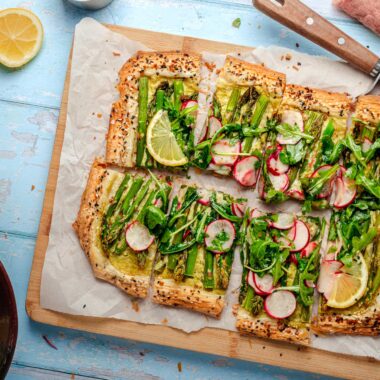