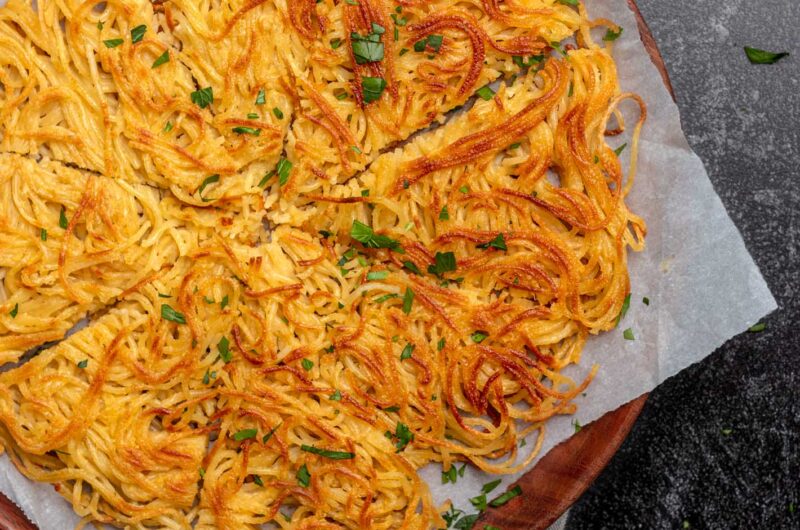 Enjoy a taste of Malta – made vegan! This Vegan Froga tat-Tarja is made eggless without sacrificing flavour. Just 7 ingredients makes this delicious Maltese recipe a go-to for busy evenings.

Slowly we’ve been making more of our childhood favourites but one cuisine we haven’t touched yet is Maltese! Kat is actually half Maltese on her mom’s side and one of her favourite Maltese recipes is Froga tat-Tarja. So we’re making it for you! 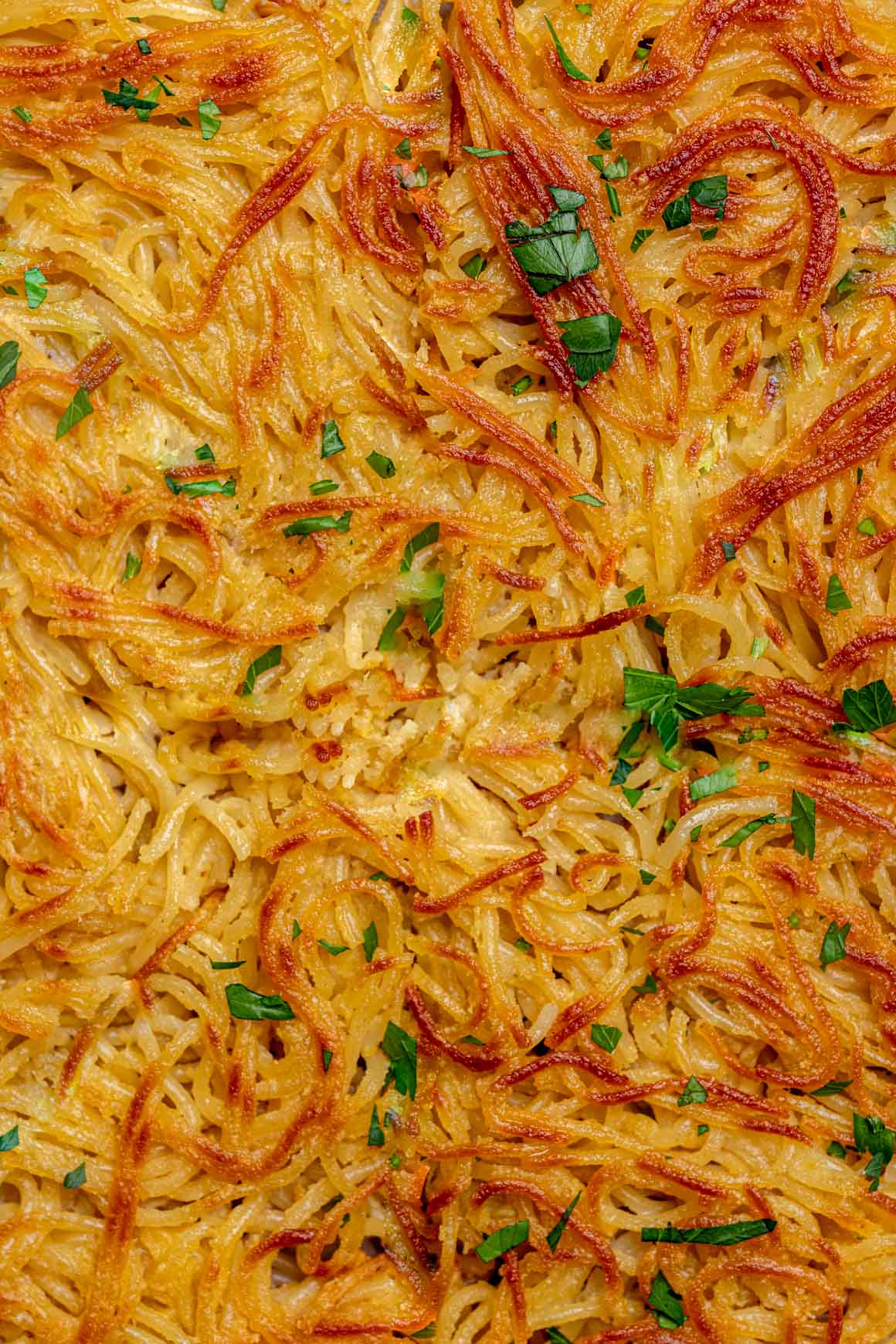 Kat always gets really excited about sharing Maltese food. As a small population it can be a fairly unknown cuisine, at least where she grew up. It was always fun to introduce friends to new ingredients, flavours and recipes. Excited to do it here as well! 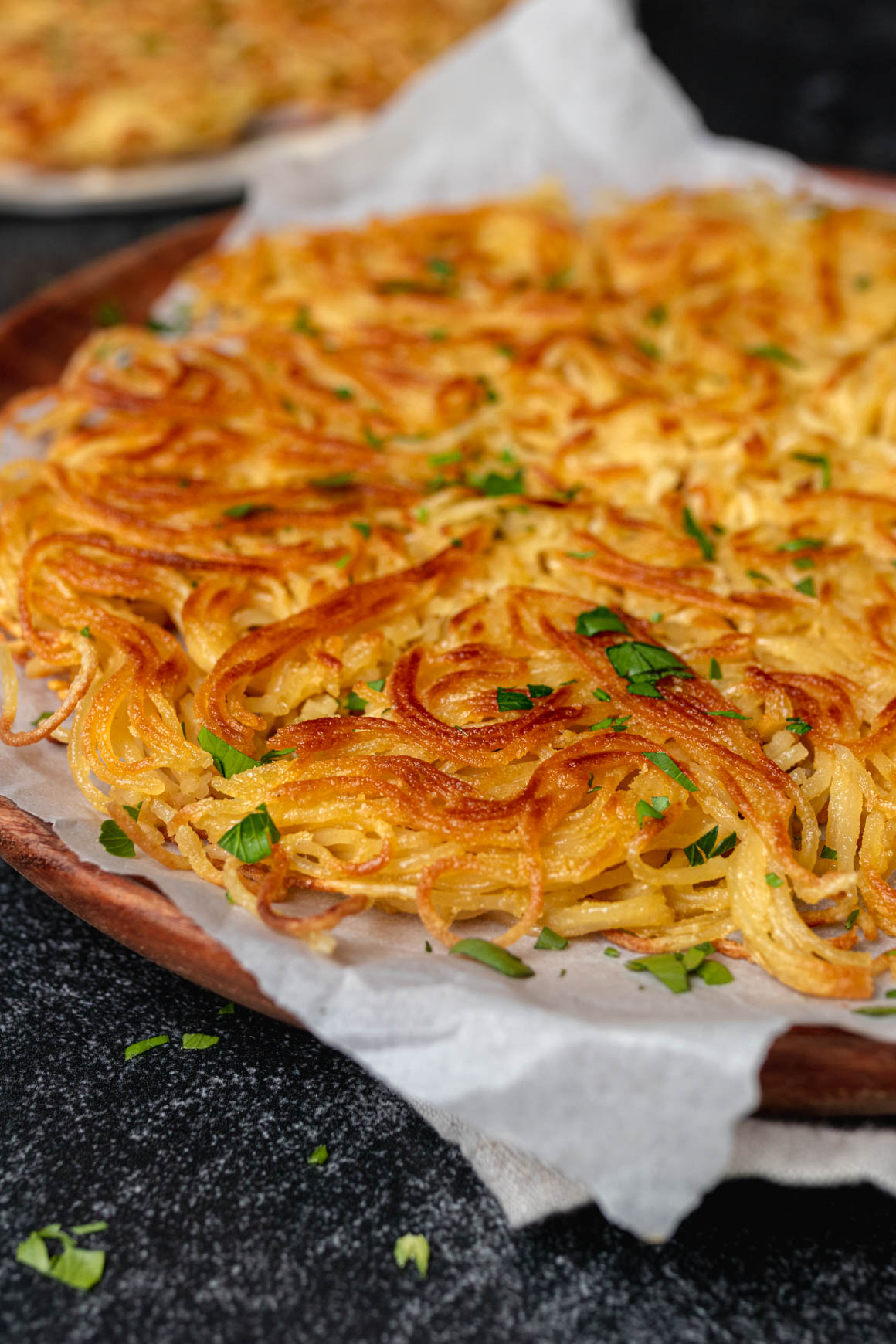 Froga tat-Tarja is a Maltese dish that traditionally comprises of vermicelli pasta and eggs. Malta is a small country (it’s the 10th smallest country in land area) located just south of Italy in the Mediterranean sea. Malta is full of delicious food, but one of Kat’s favourites is Froga tat-Tarja. Known as tarja in Kat’s household, it’s basically an vermicelli omelette. Kat’s family always enjoyed Froga tat-Tarja as a late night snack. 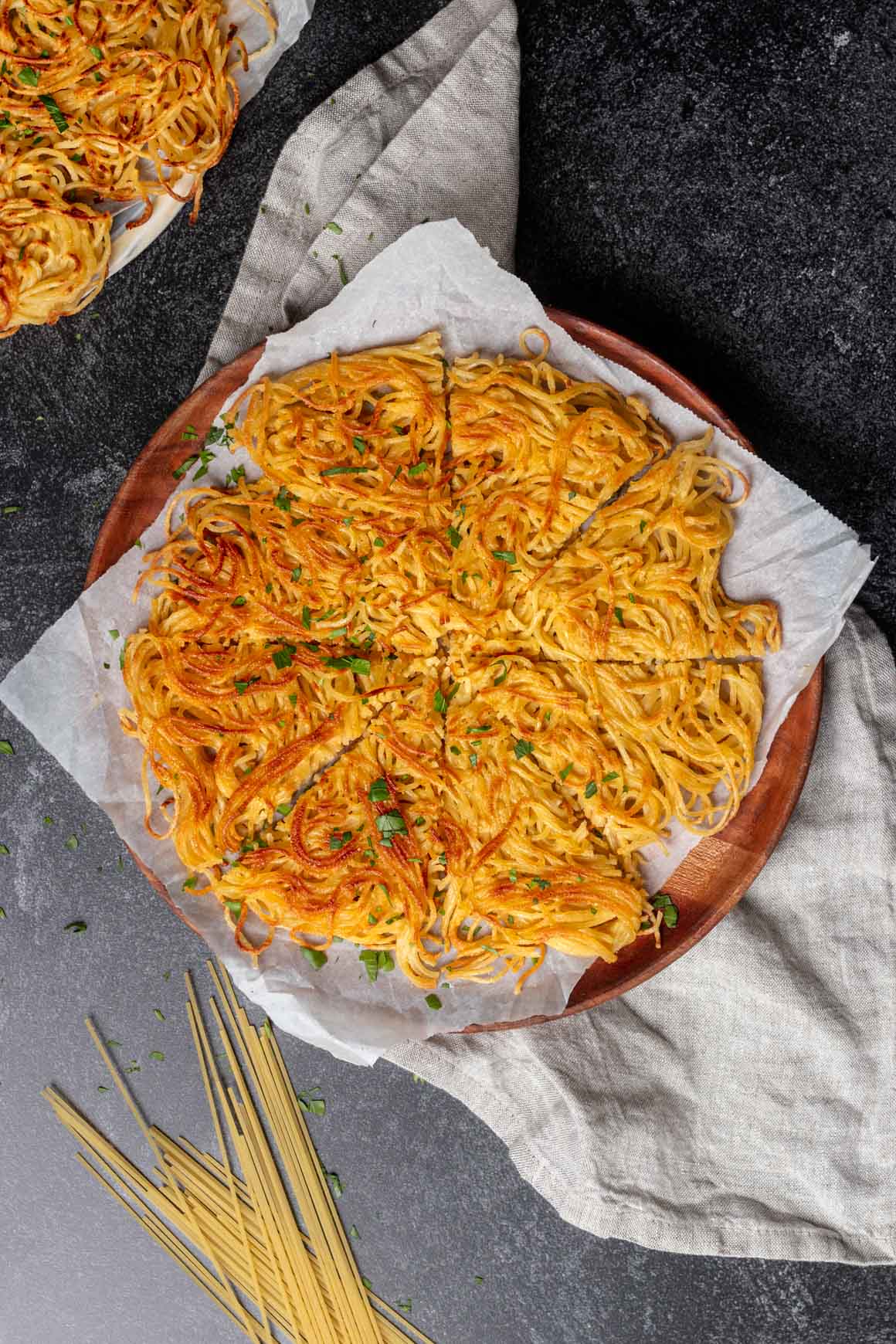 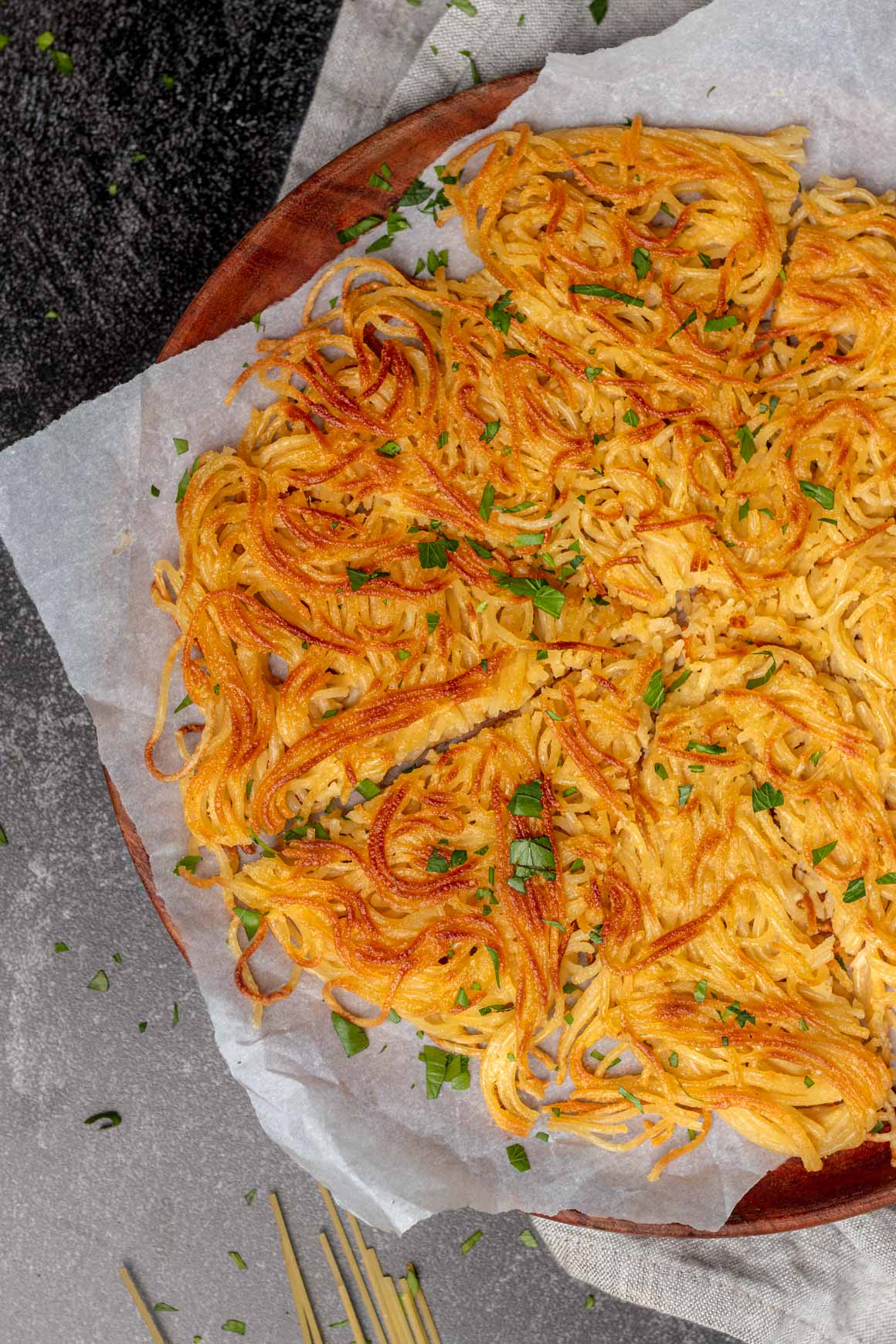 How to make Vegan Froga tat-Tarja: 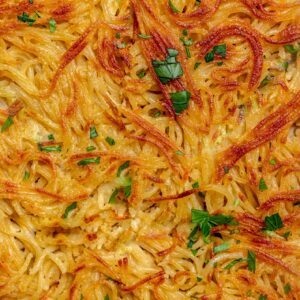 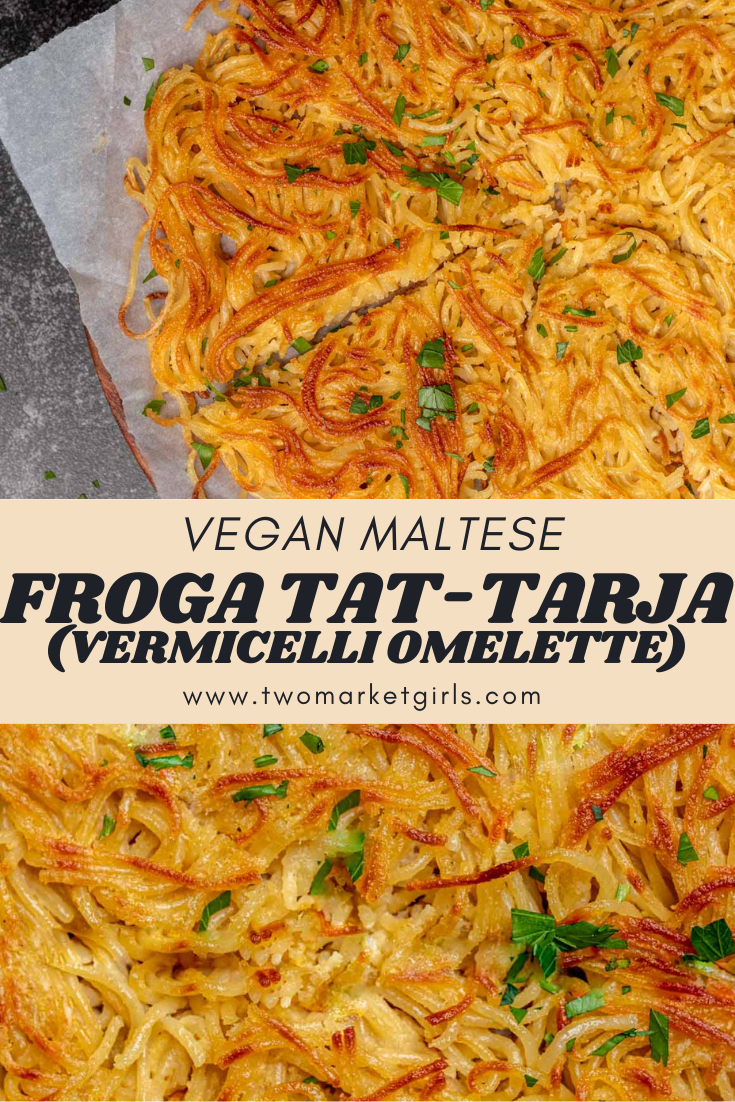 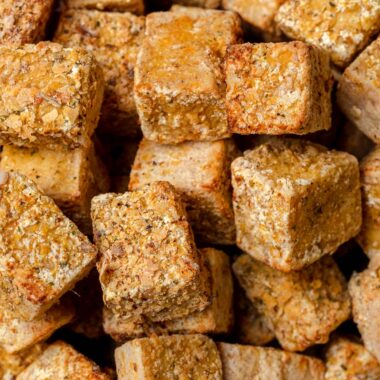 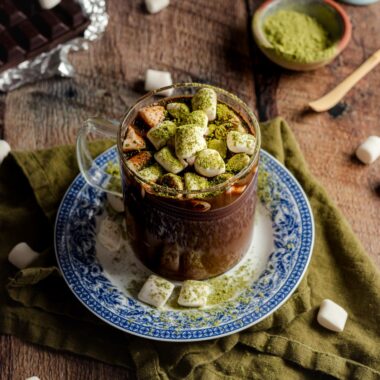